Surprise! Here’s another Seoul series coming your way, albeit with a slightly different itinerary this time around. For this visit in Seoul, I brought my siblings along with me. Are you tired of my posts about Seoul yet? Because I’m not (and I’d probably grab any opportunity to live here if it ever comes my way), even if it’s taking a bit to write everything down yet. The real reason why I put on the seasons for my post is to differentiate both trips I took to Seoul the for the first quarter of 2018. Fear not for my bank account though, because I don’t plan on heading back for the rest of the seasons.. this year. 🙂

My sister is a huge K-POP (BTS Army, represent lol) and K-Drama fan. During the time when I was looking for an Airbnb for C and I’s trip, my sister was looking over my shoulder and making comments about which one is nice (by nice, she meant like an apartment they use in dramas) and which ones are meh. We found this cute little house in a colorful neighborhood that’s good for two people but is quite far from the train station. C likes convenience so much more than aesthetic, so I knew this place wouldn’t work for him. I jokingly asked my sister if she’d like to come instead, and I saw her eyes light up as she eagerly nodded. Uhh, I may have taken that joke too far, and after a small schedule debacle, I ended up booking three roundtrip tickets to Seoul at the only dates that worked for the three of us. However, the downside was that the three of us wouldn’t fit in the tiny apartment that triggered this spontaneous trip to Seoul. But then again, this is me, and I never fail at booking cute accommodations. 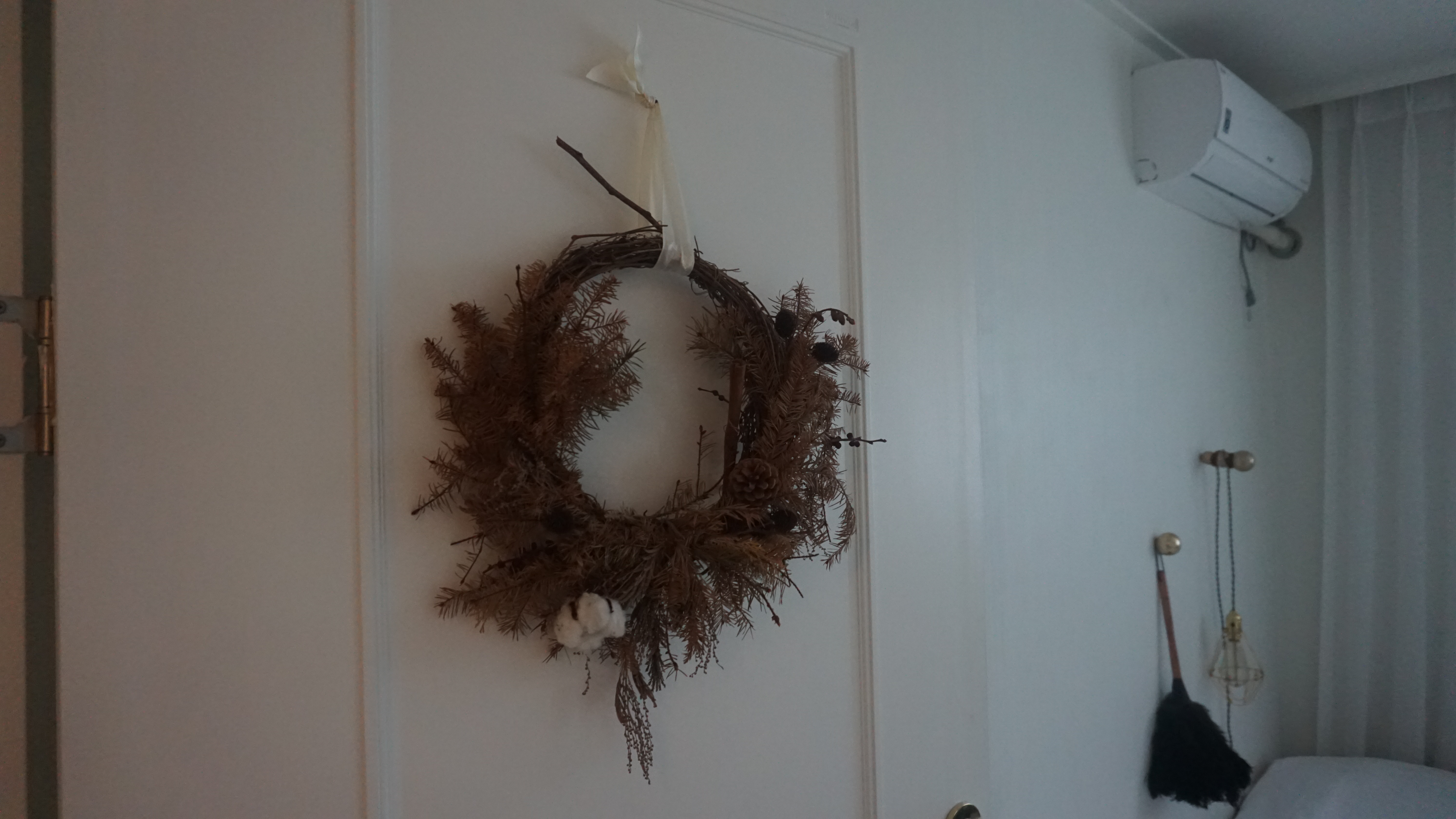 Both times I flew to SoKor this year had been with AirAsia and I’ve been pleasantly surprised at how we’ve managed to depart and arrive [roughly] on time. We landed around noon and was able to swiftly go through immigration and get our luggage. Out of all my trips to Seoul, I’ve always taken the bus from the airport. However, since we were staying in Hongdae (Hongik University Station), it was more convenient for us to take the airport train that takes us directly to Hongdae. 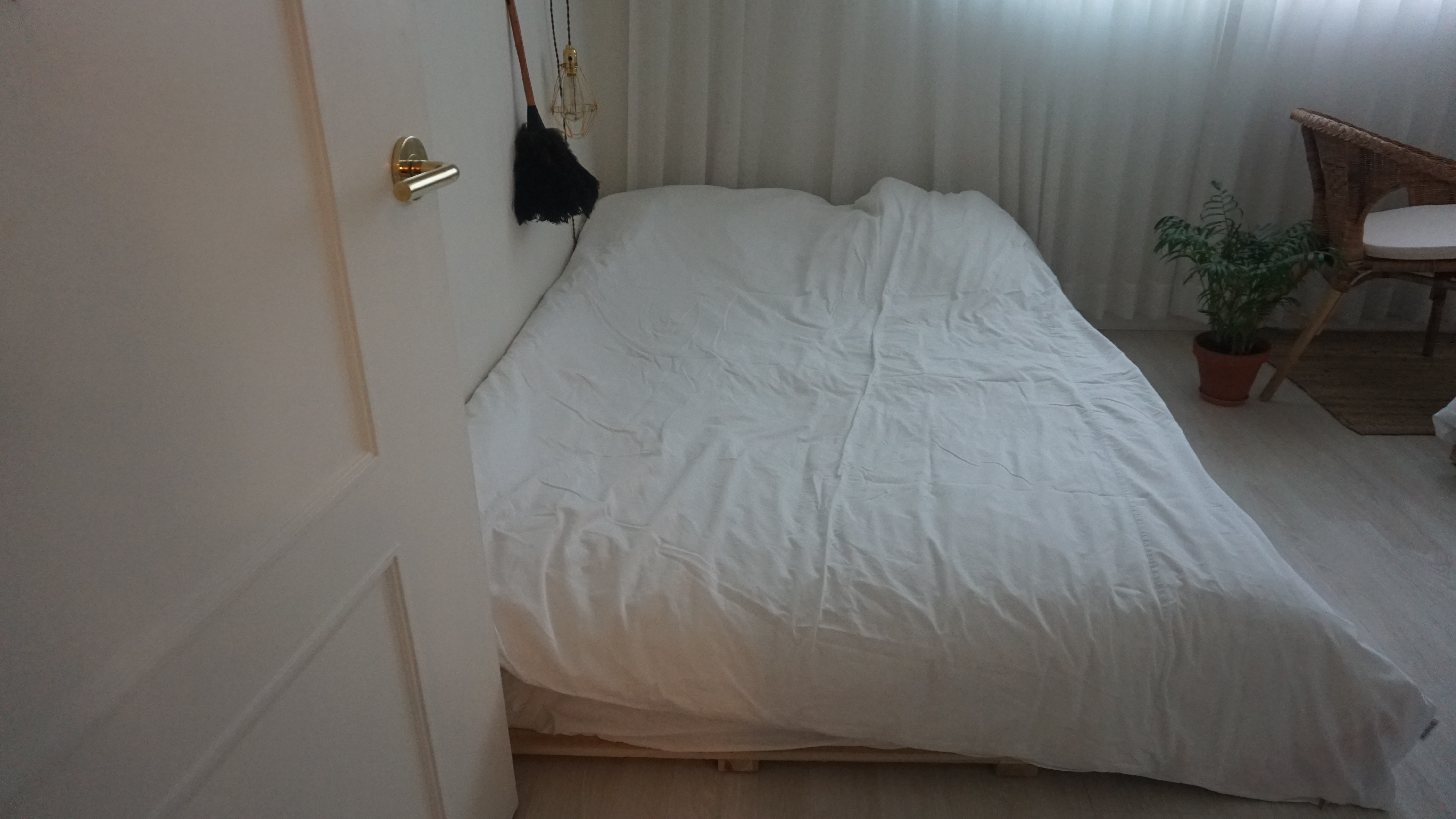 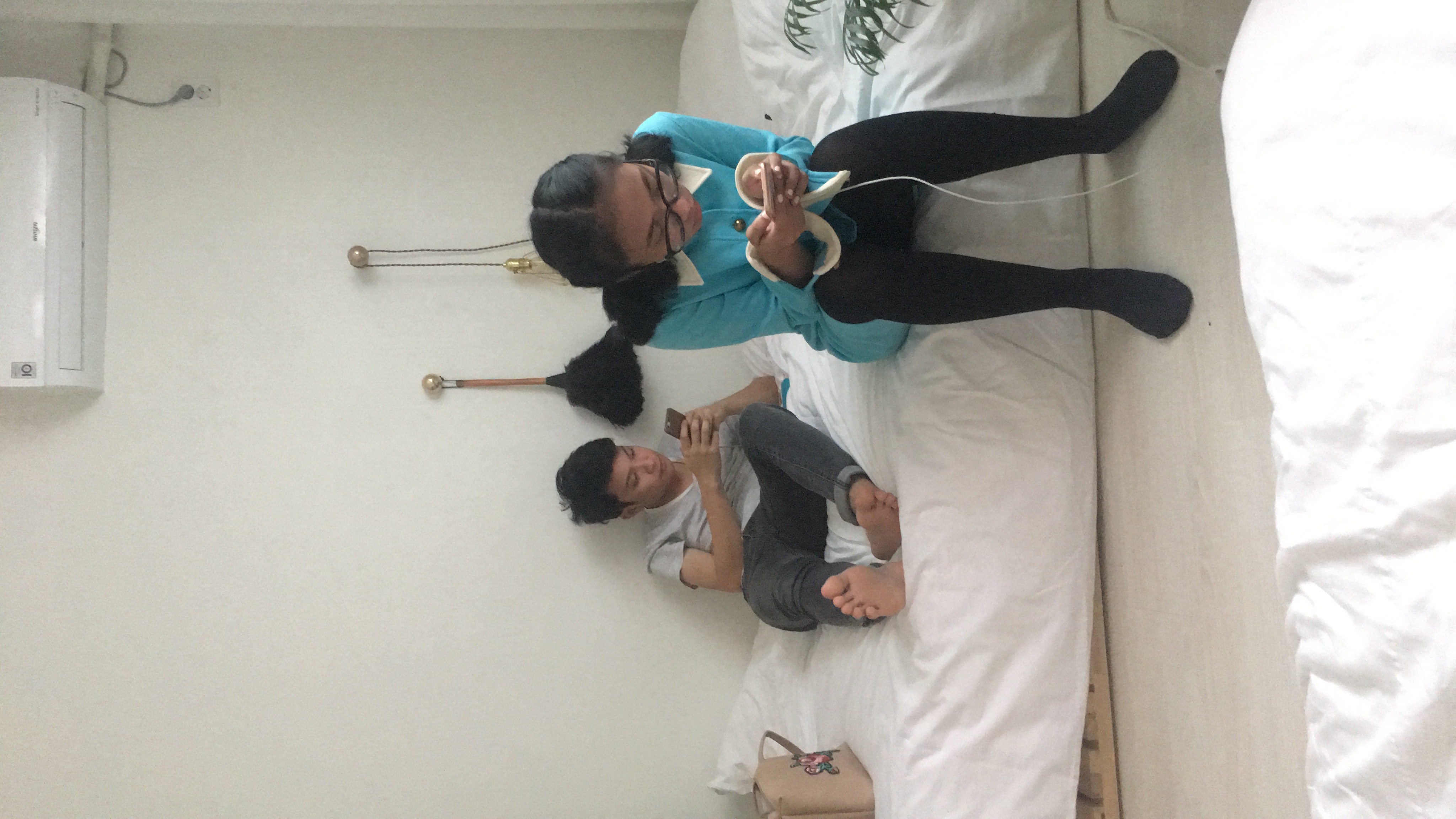 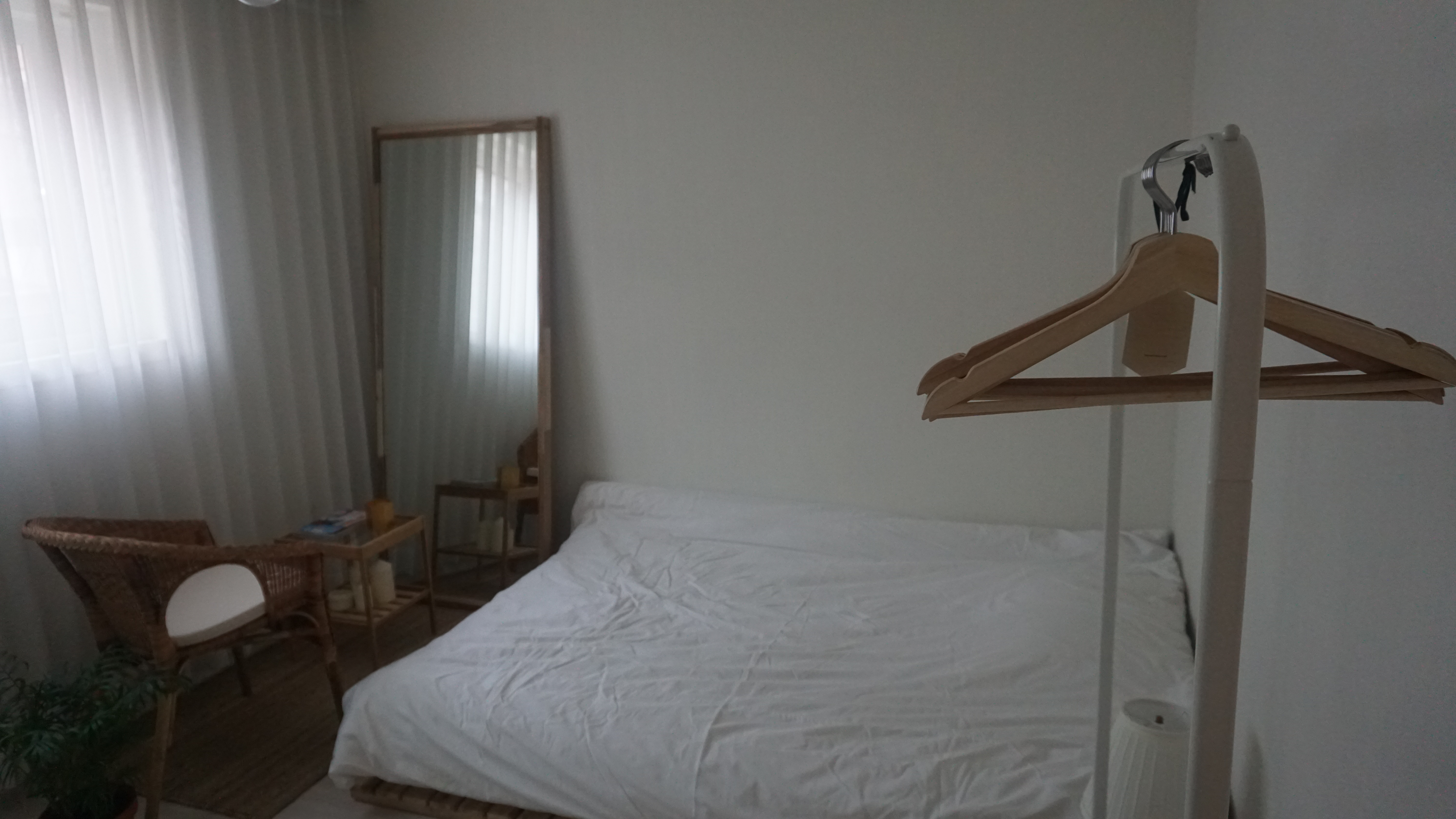 After getting a bit lost in all the alleyways and similarly named streets (some of the streets only had numbers to differentiate them), we finally found the right apartment. We settled down and devoured the snacks we both from one of the tons of convenience store that littered the neighborhood. There was a CU, GS25, 711, Ministop, and a Family Mart nearby that we even used them as landmarks for the rest of our stay. While the apartment was only a 10-15 minute walk from the station exit, it was exhausting to have to pull our luggage and carry them up one flight of stairs. 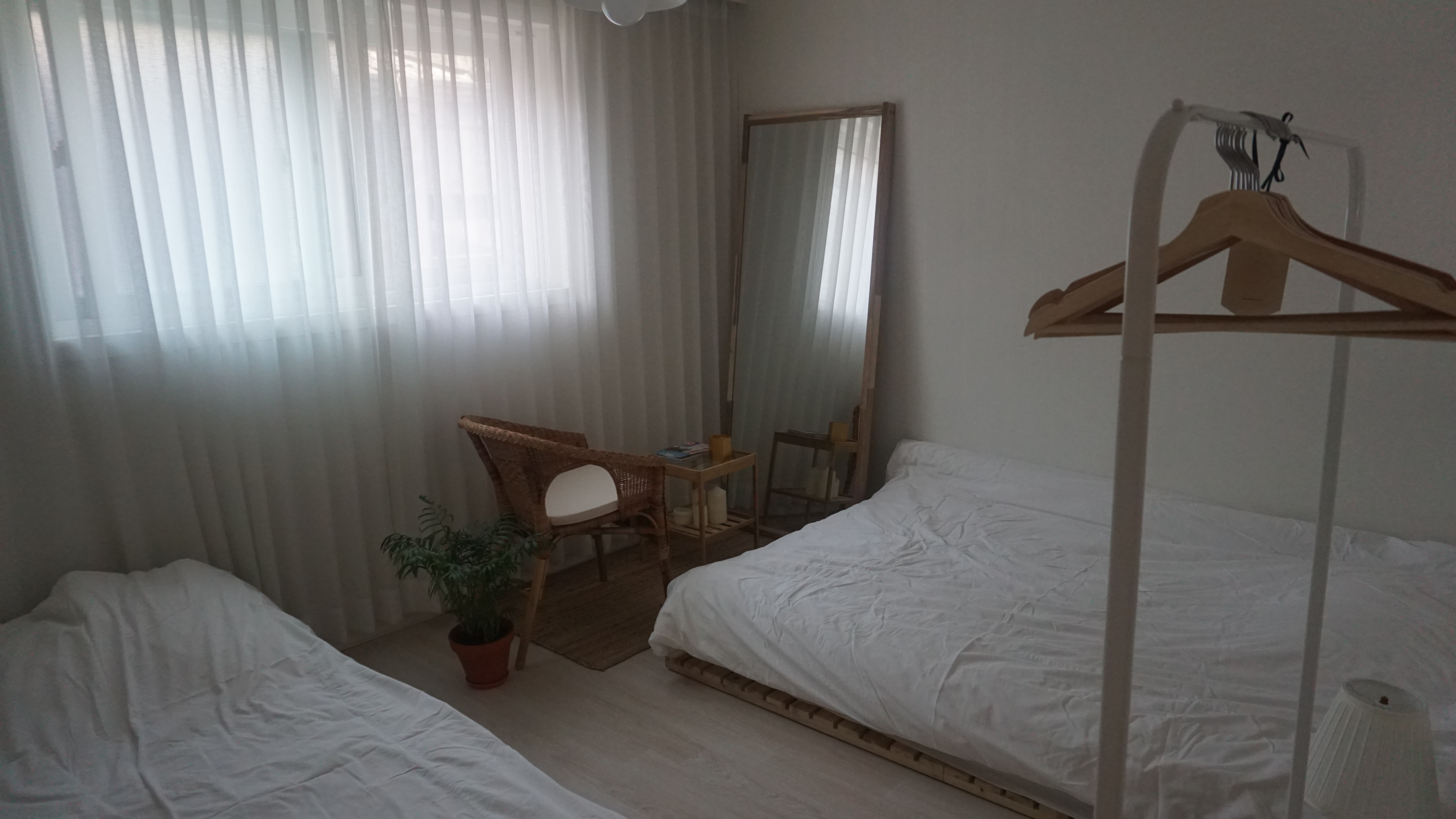 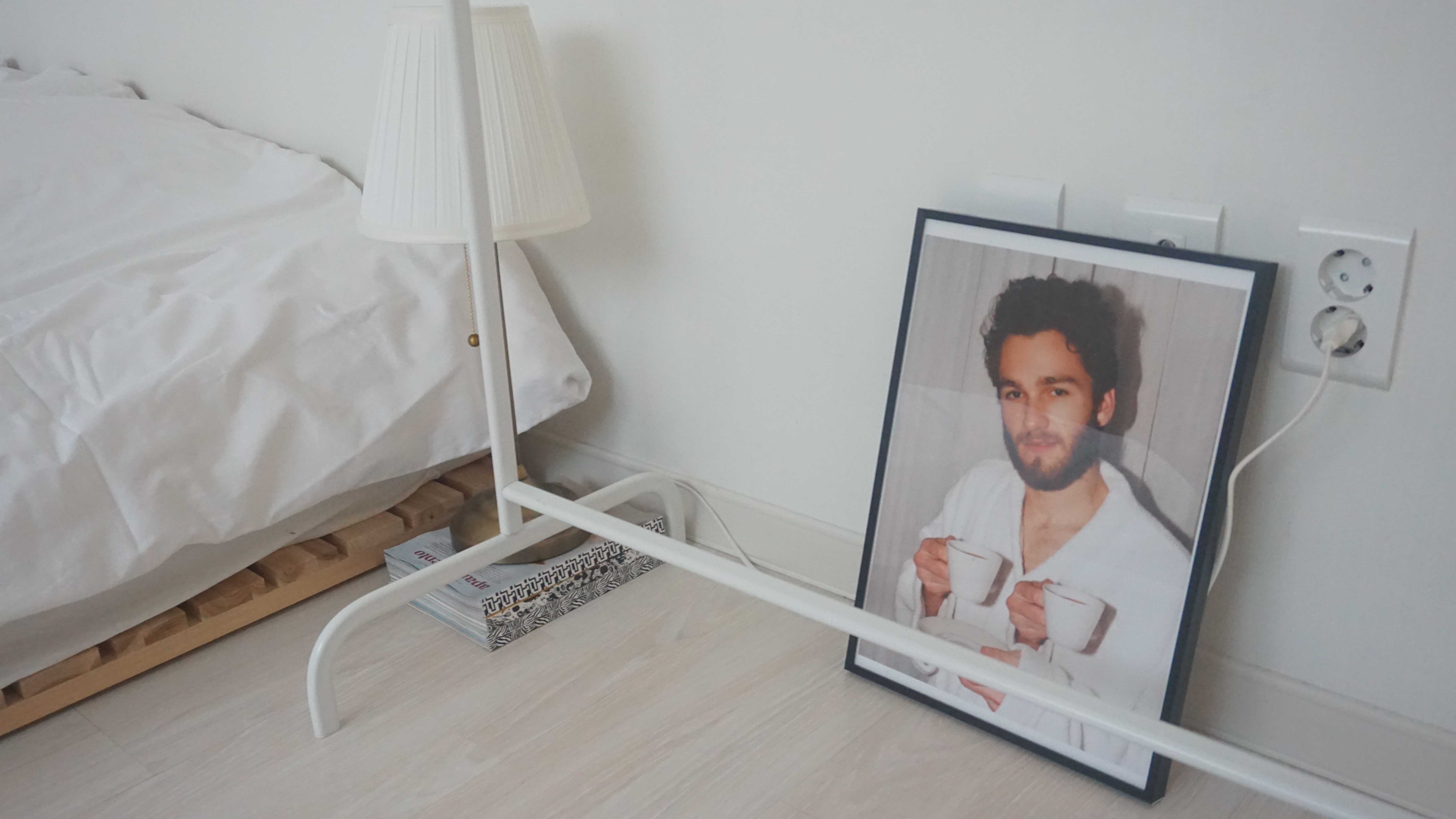 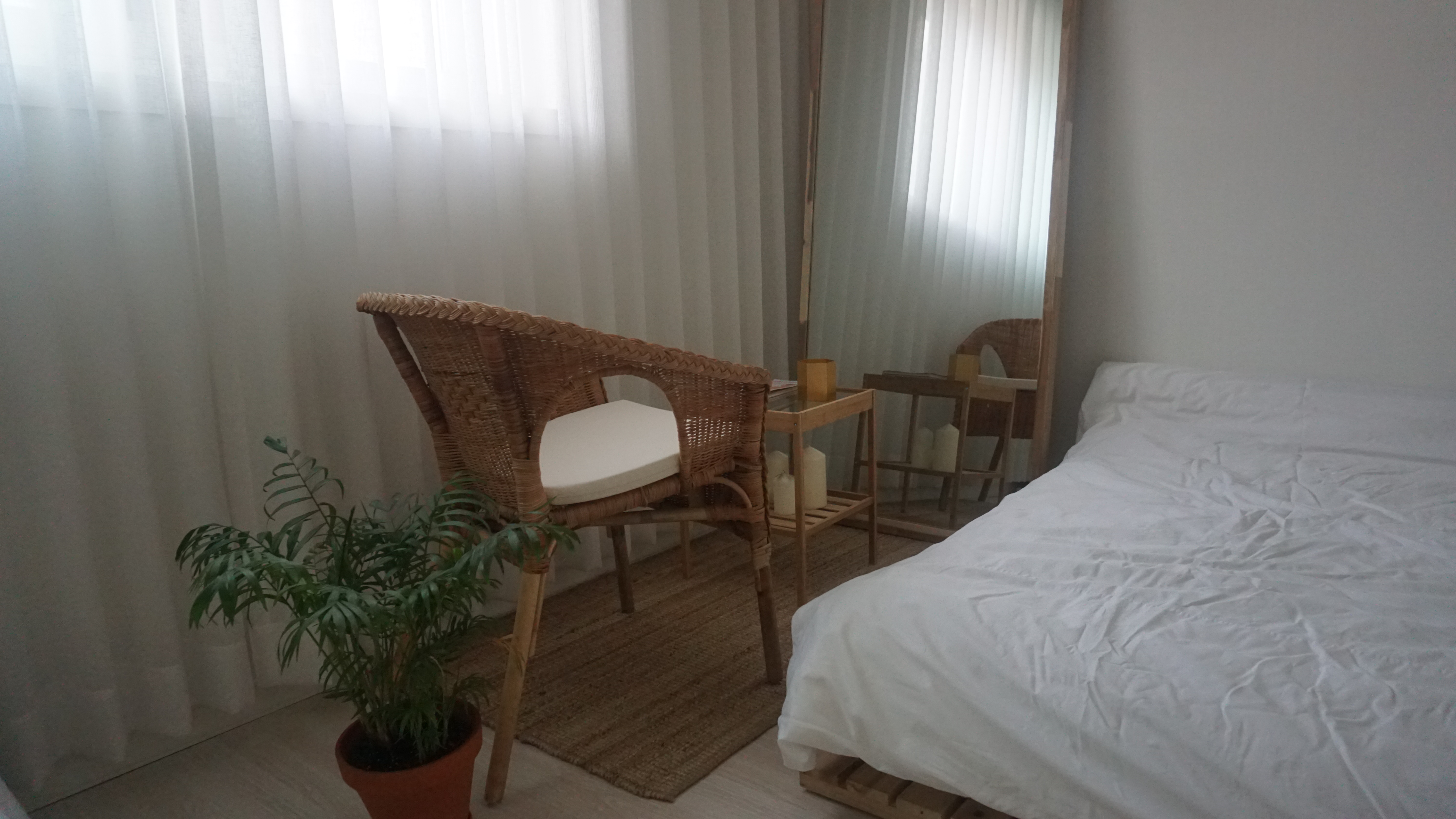 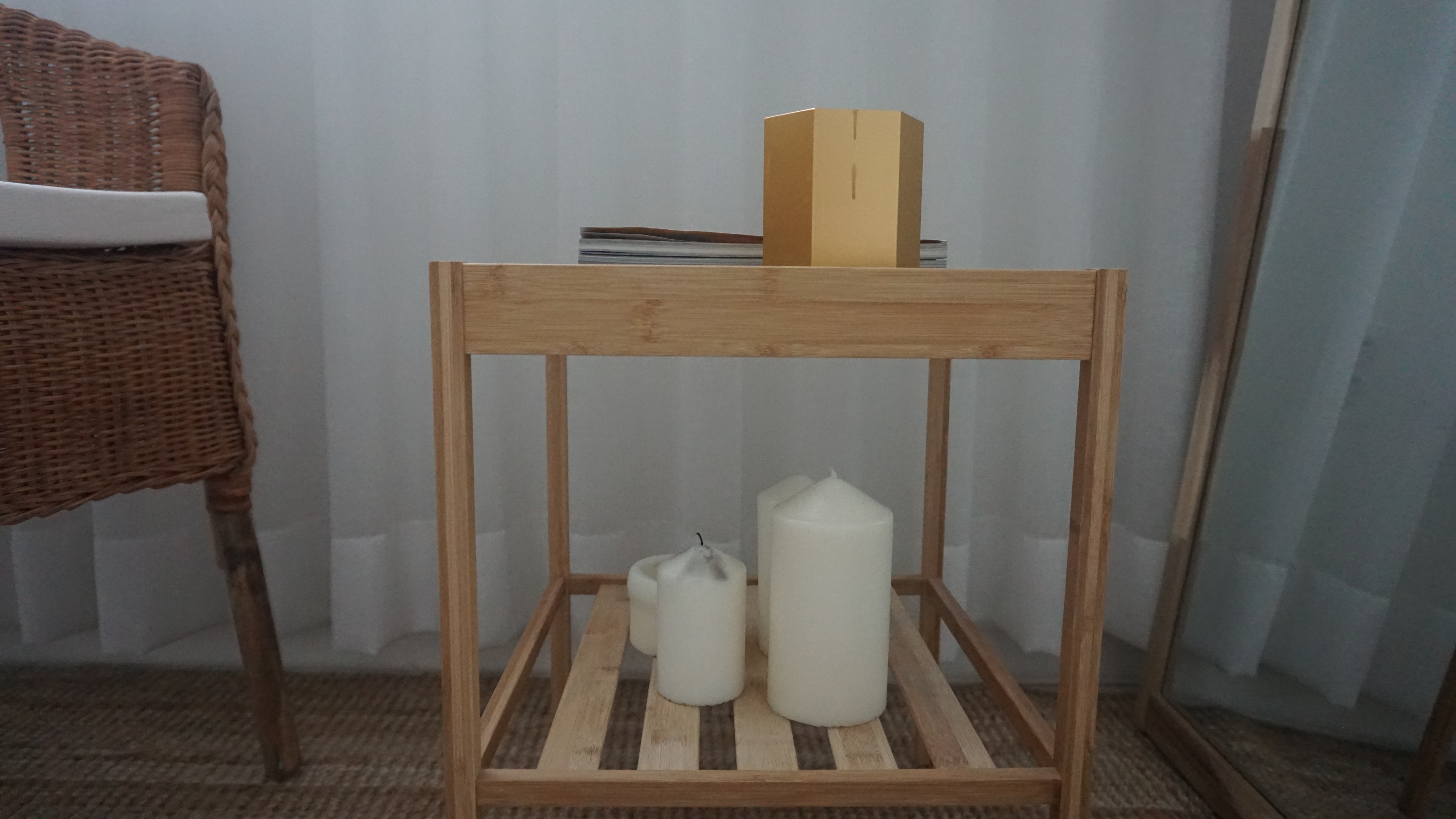 After freshening up, off we go to explore. I’ve never gotten around to visiting Hongdae on any previous trip, so I wanted to get a feel for the area. As it turns out, it’s a great place to stay in, given that it’s nearby a university, so prices are student-friendly. Someone was ecstatic to find that it was also a gem for drama fans. The blue and yellow establishment was even the backdrop of a lot of scenes for Fight My Way. I think their bus stop (in the drama) is somewhere here, as well.. 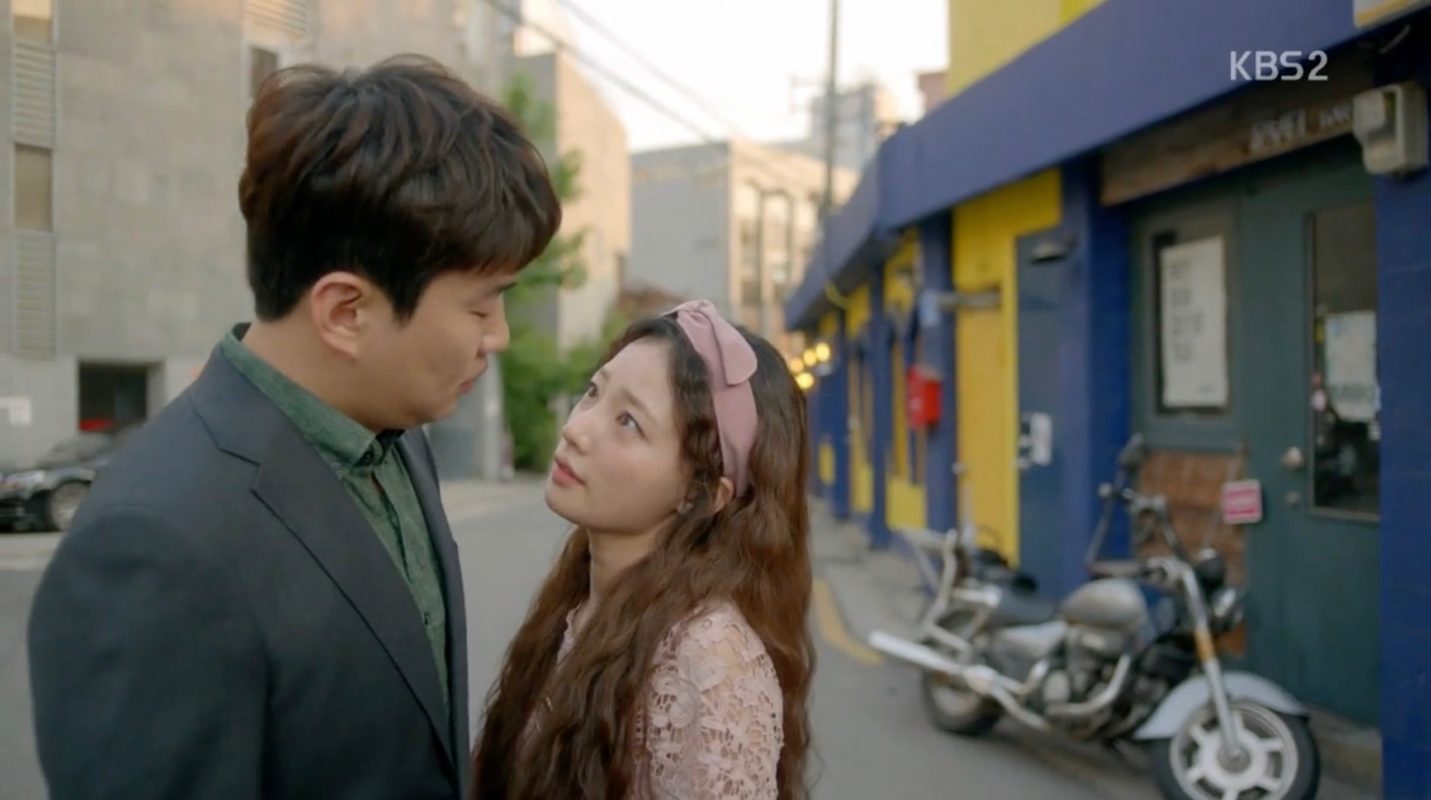 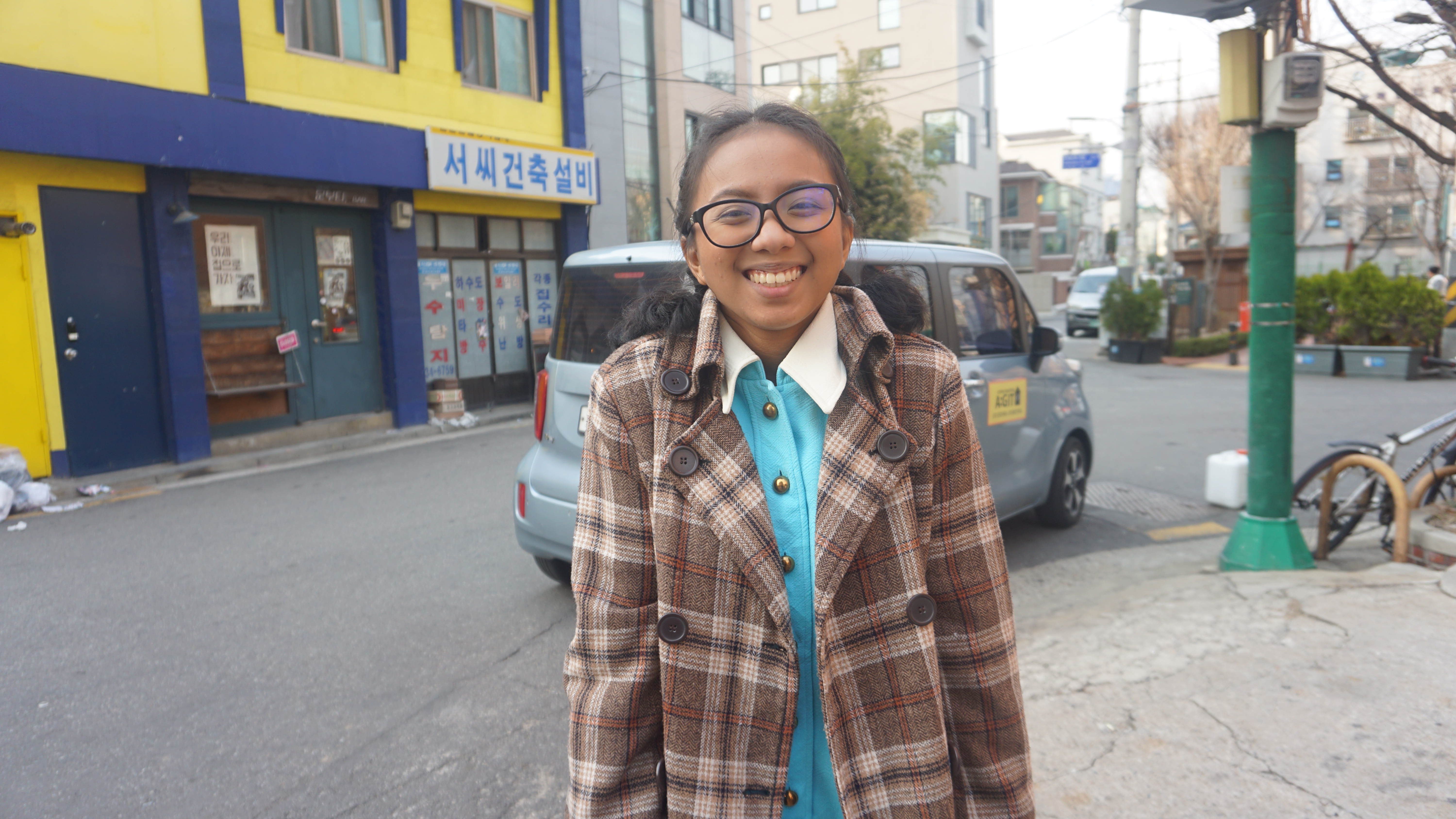 While early afternoon should be the warmest part of the day, we all found ourselves in a chilly situation. We all expected for the temperature to be above 10 degrees, but IT WAS 3 DEGREES WHEN WE ARRIVED. It was supposed to be the start of spring and all the clothes we packed were not appropriate for the current temperature. (Not to sound cheesy, but I did quite enjoy the look on both my siblings’ faces to finally be in this cold weather because we went from sweltering to freezer in no time) 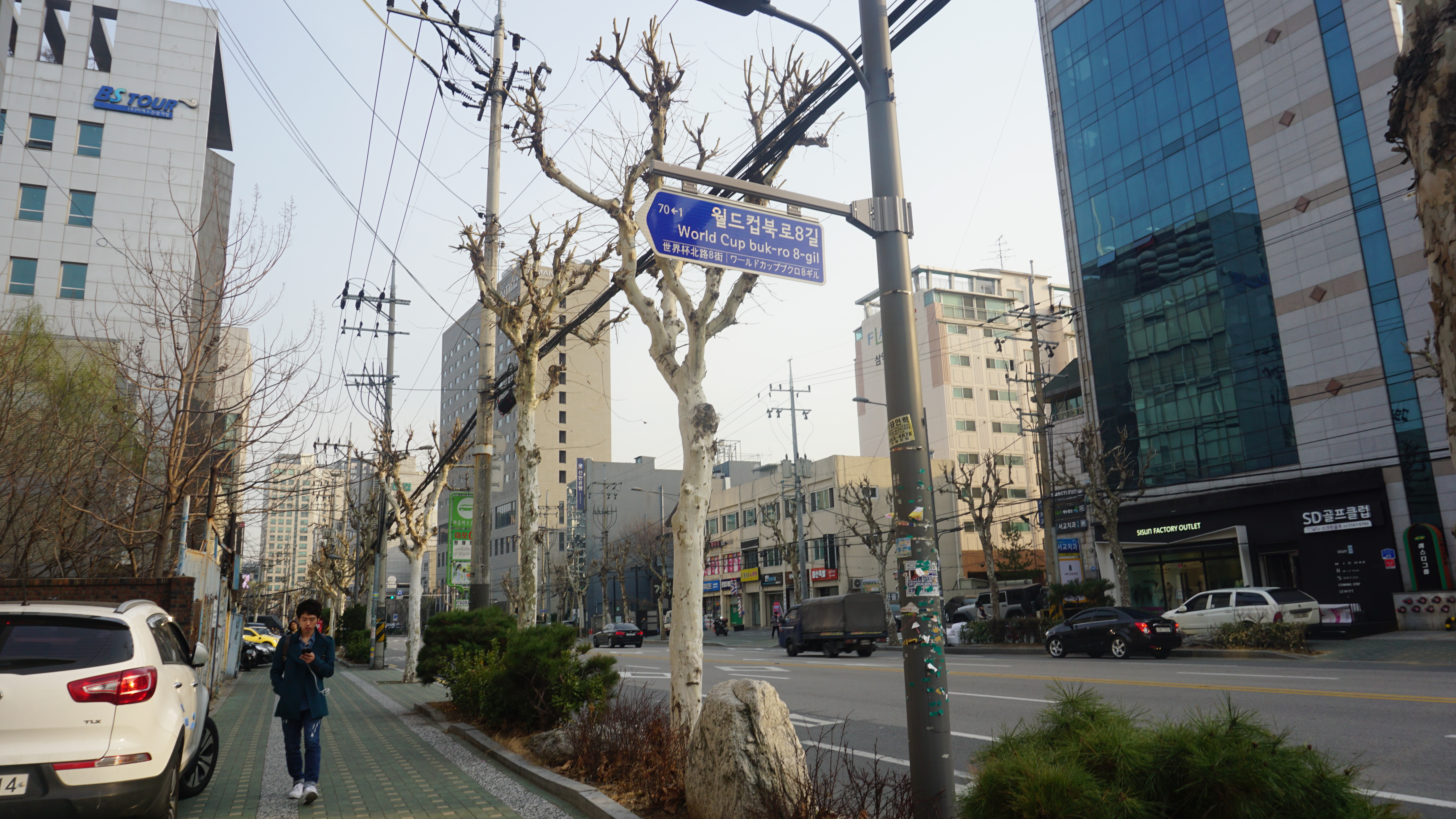 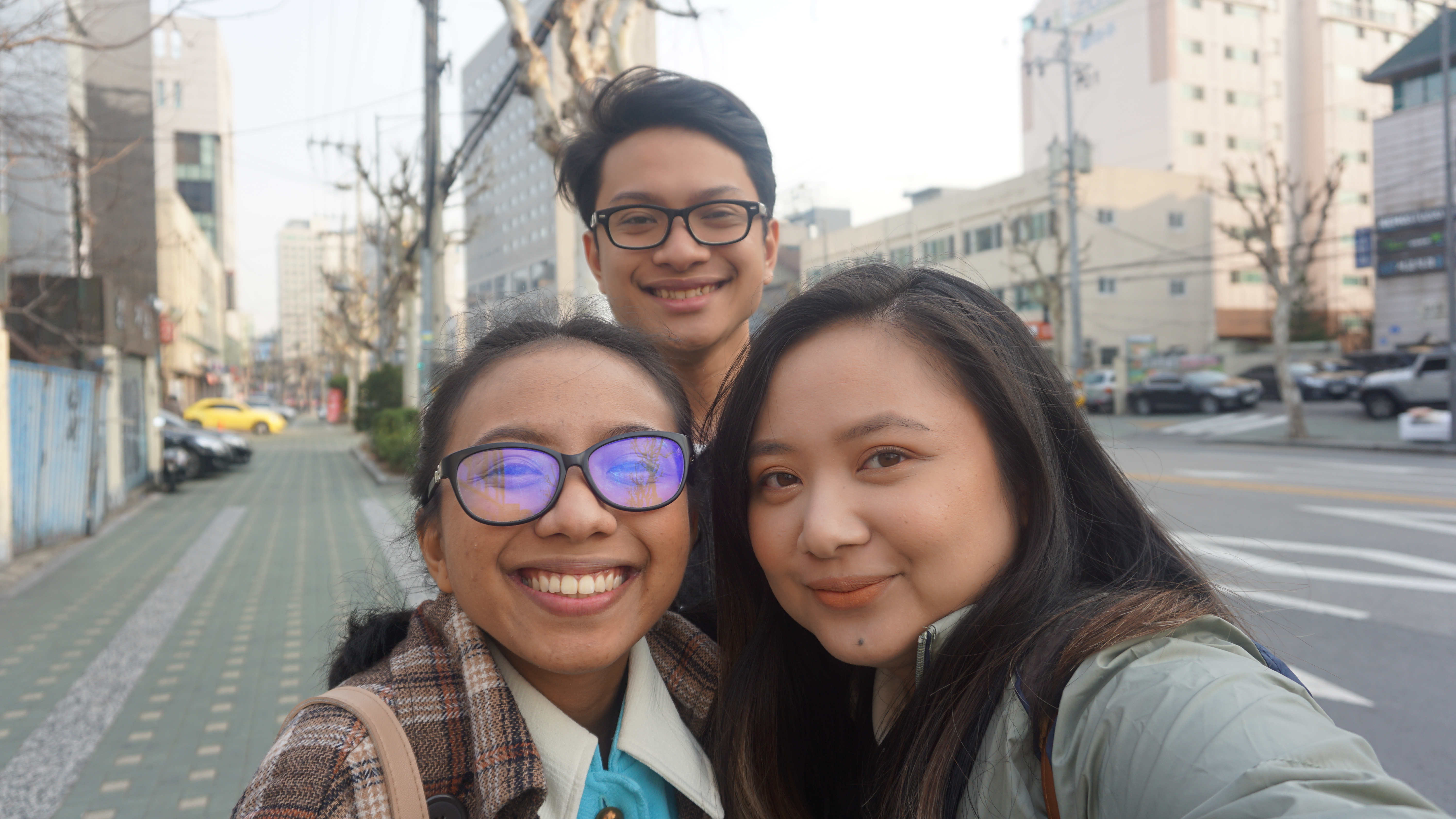 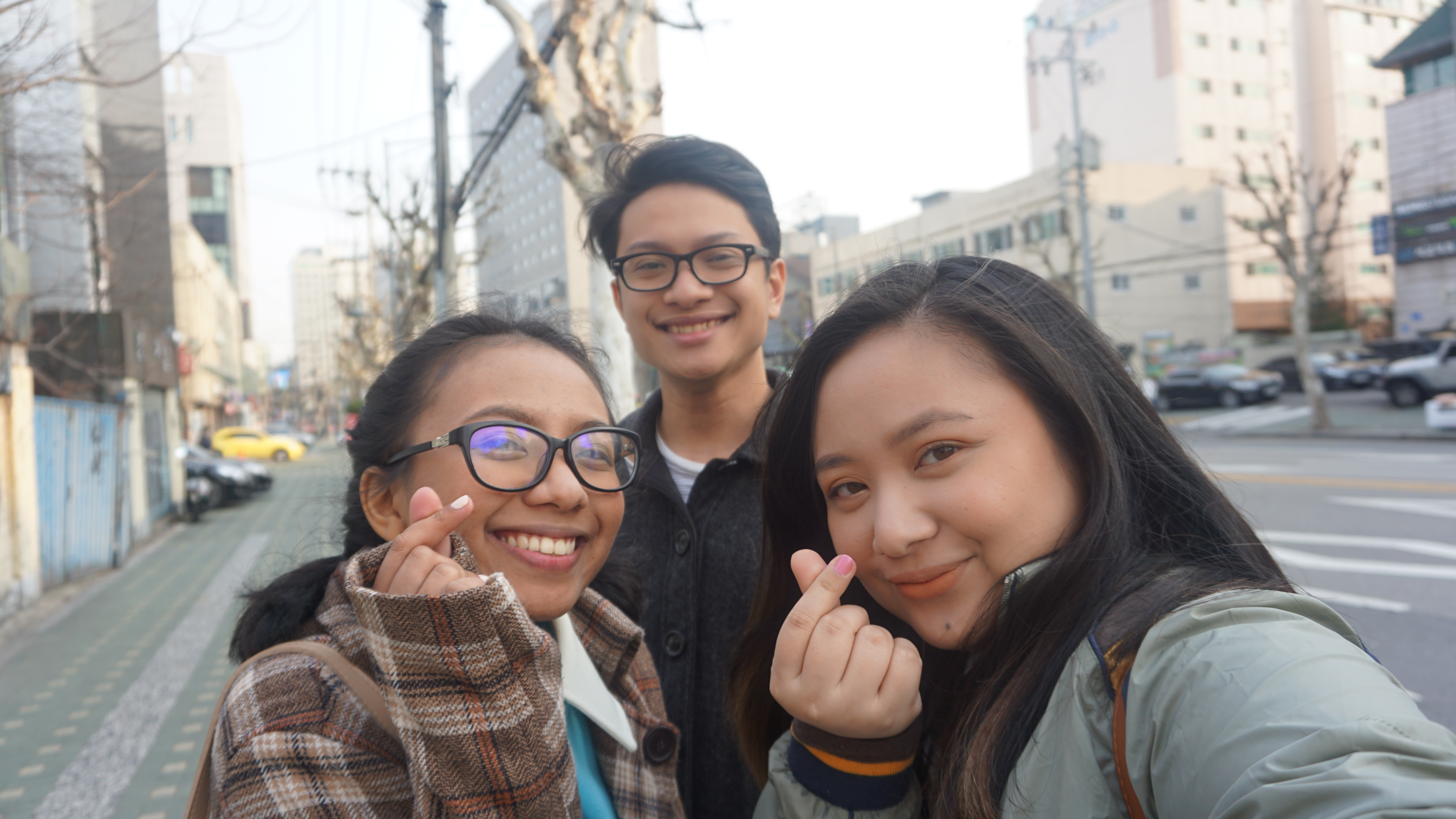 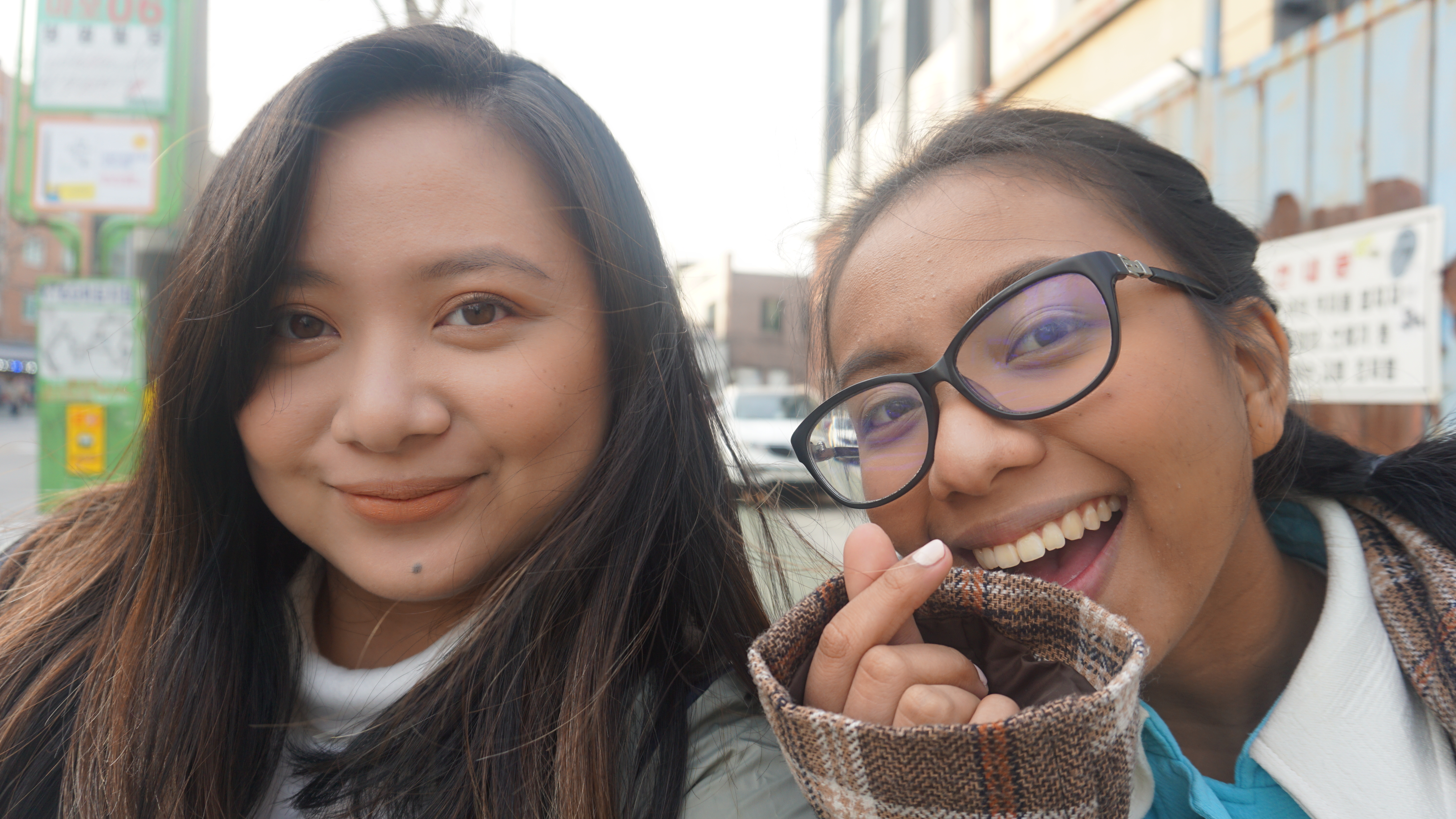 Our sibling dynamic for this trip was the best we’ve had between the three of us (while traveling) so far. My brother had the camera and took most of the photos from this trip (70% of which consists of me and my sister’s back as we walked in front of him lol) while my sister was in charge of the itinerary and navigating.. which left me to foot the bill and to willingly handing over my credit card when we need to book/buy something. On a side note, I cannot wait for the both of them to have jobs and fly me off to Europe for a change. Hahaha! 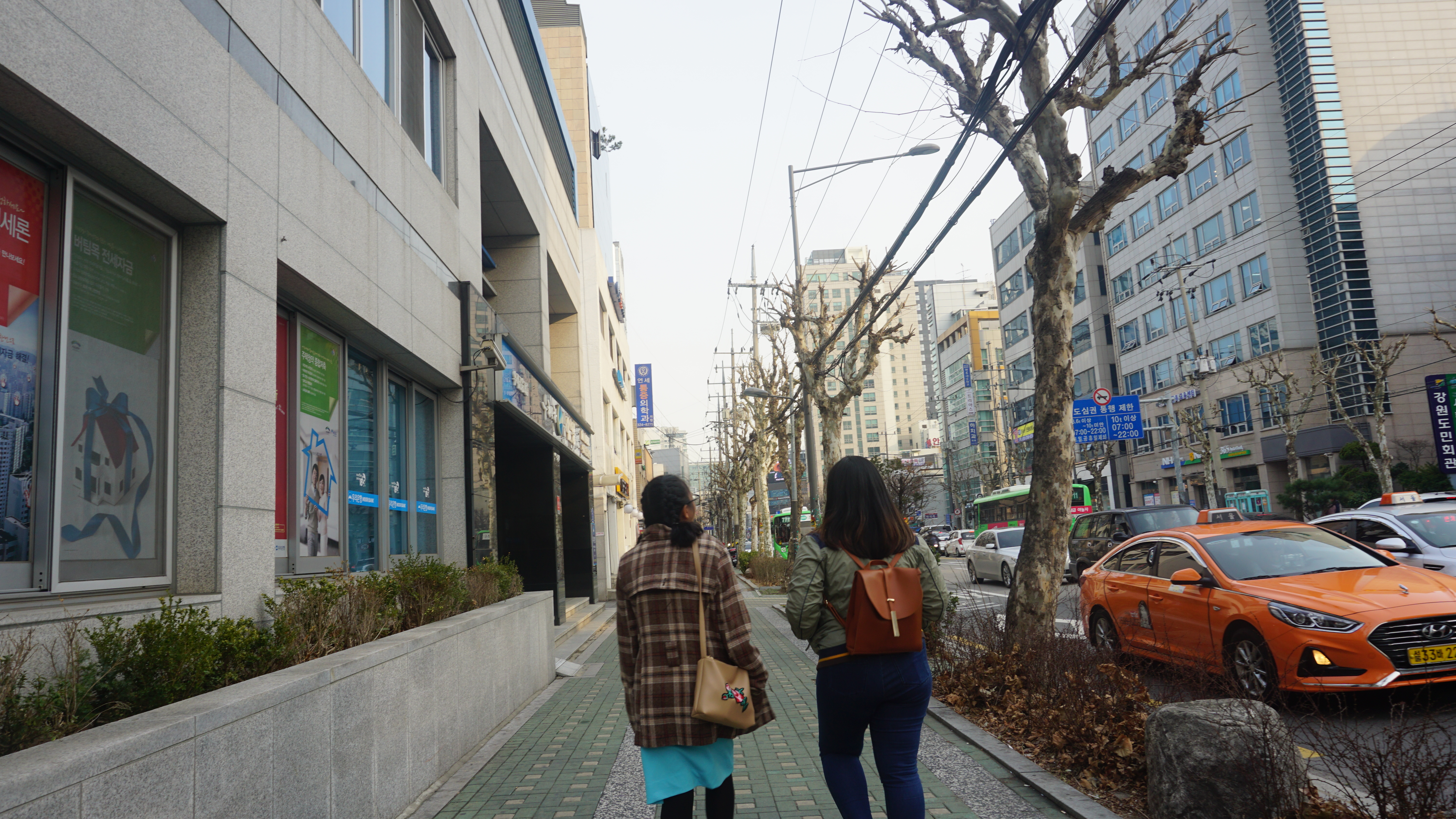 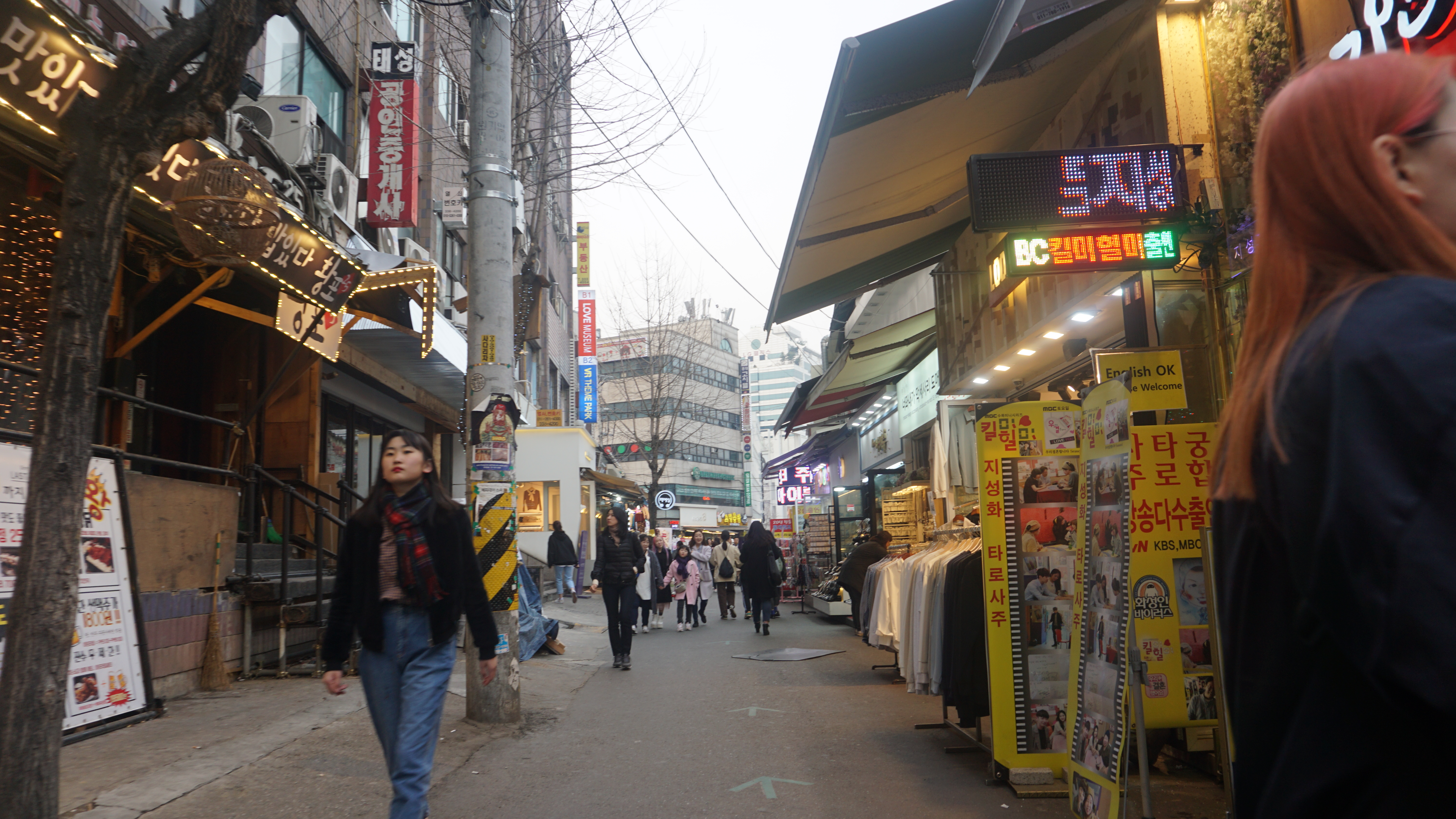 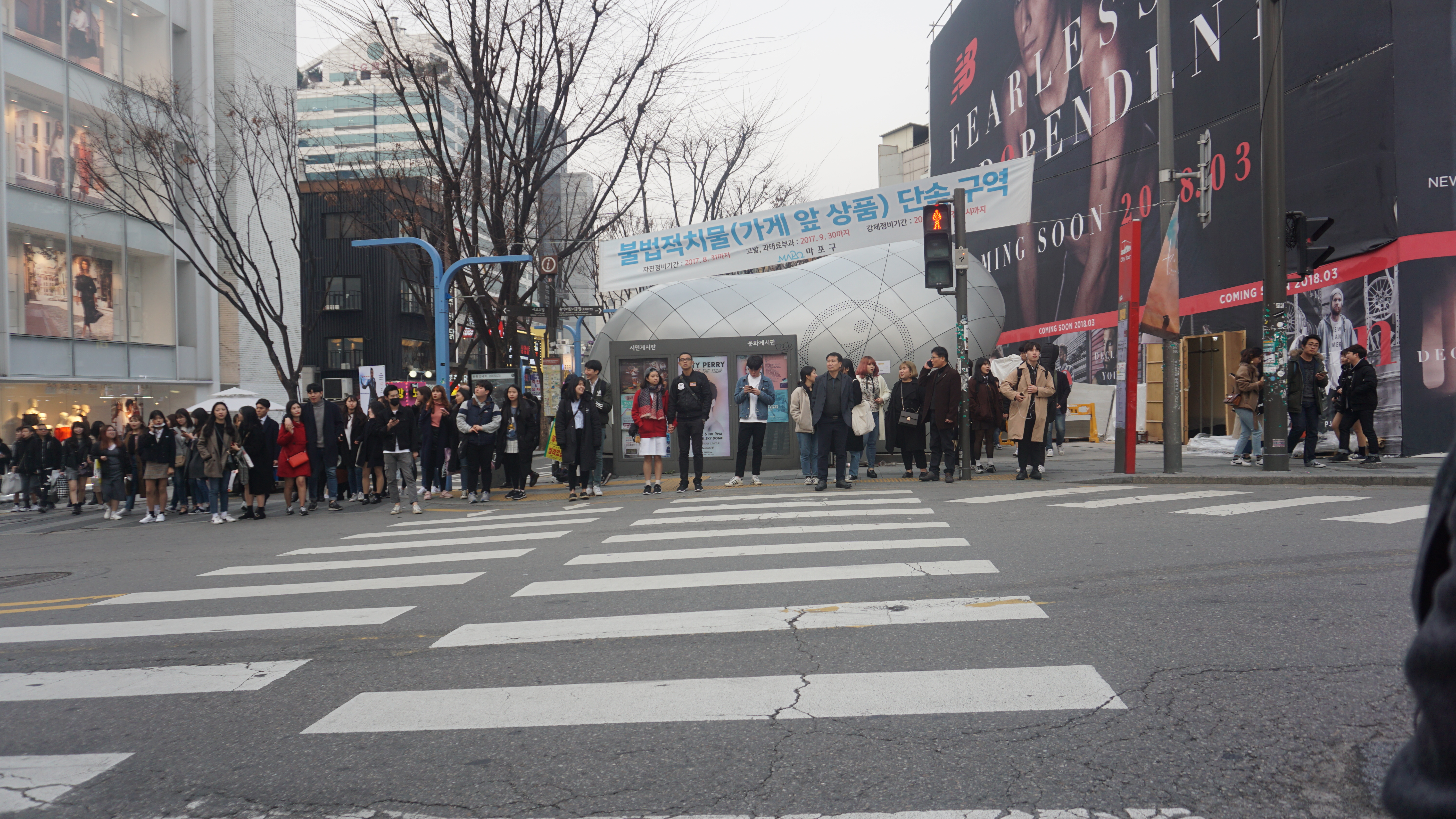 Before exploring the alleyways of Hongdae shopping street(s), our first agenda was to have our first meal in Seoul. When I spotted Yoogane, I knew immediately that they had to try it. While I love spicy galbi, I knew the brother is not the biggest fan of spicy so we ordered both honey miso and the original spicy one. Our first meal was a success. It would take a great deal of mishap to ruin anything with cheese on it, to be honest. 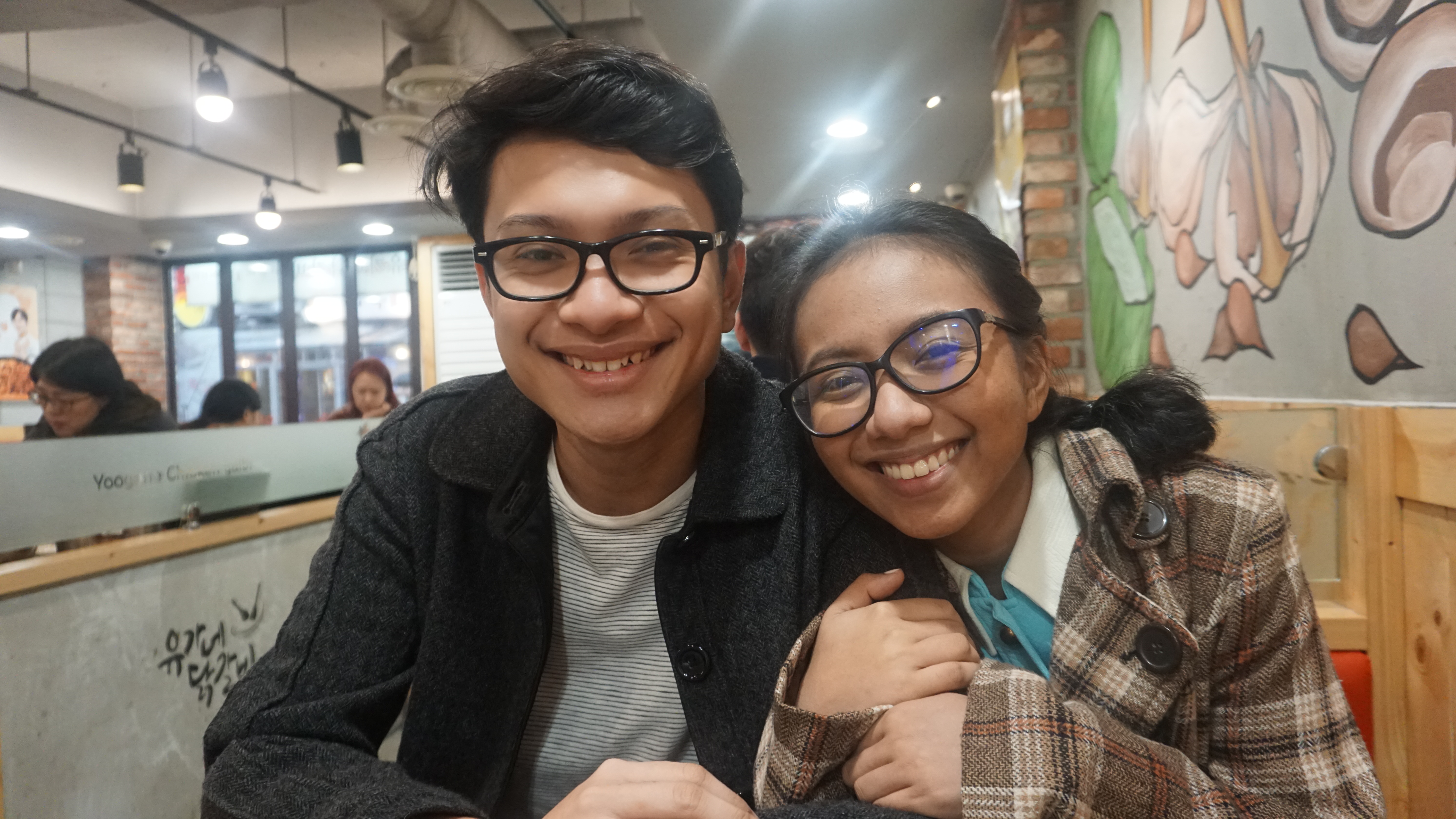 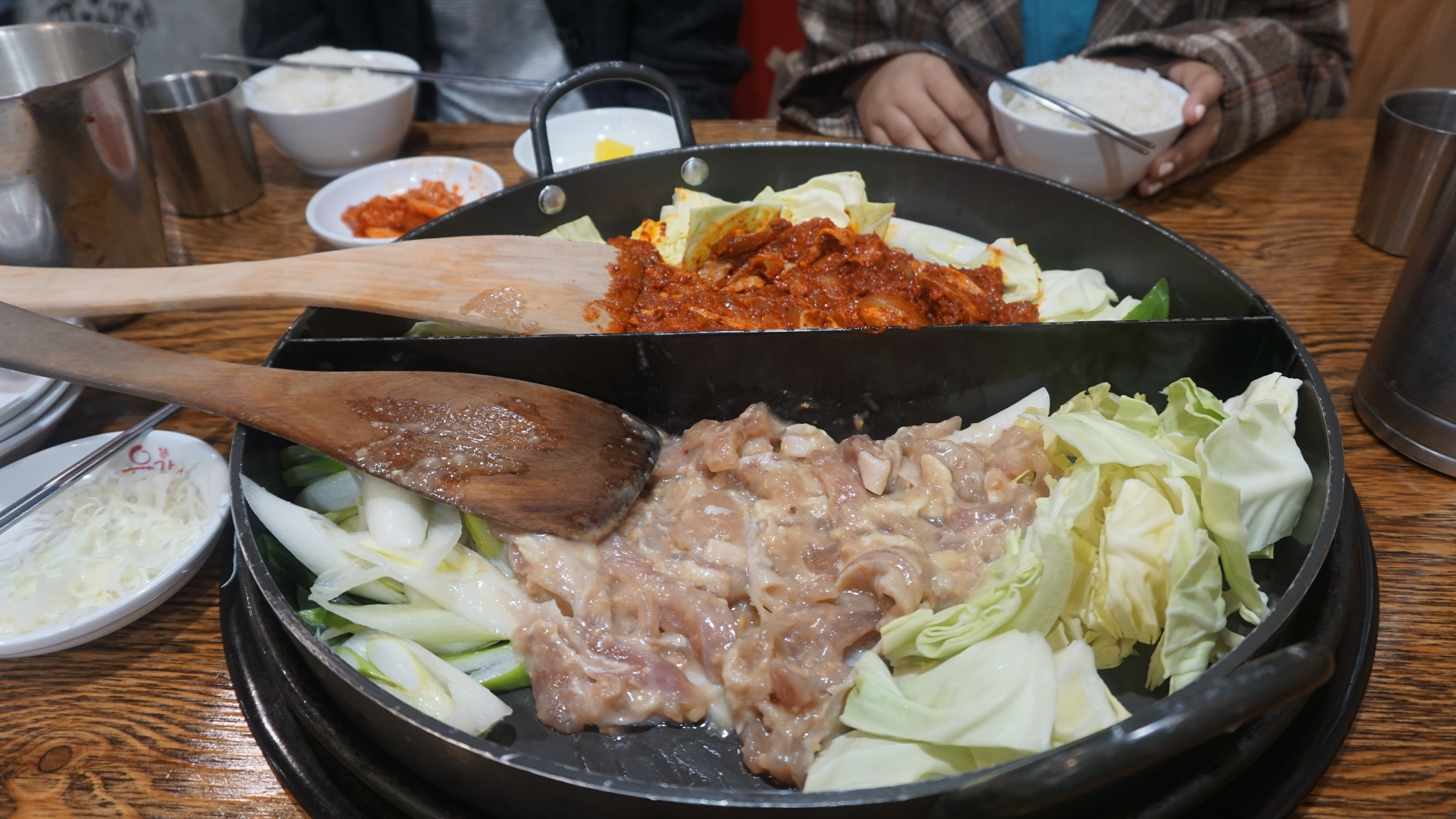 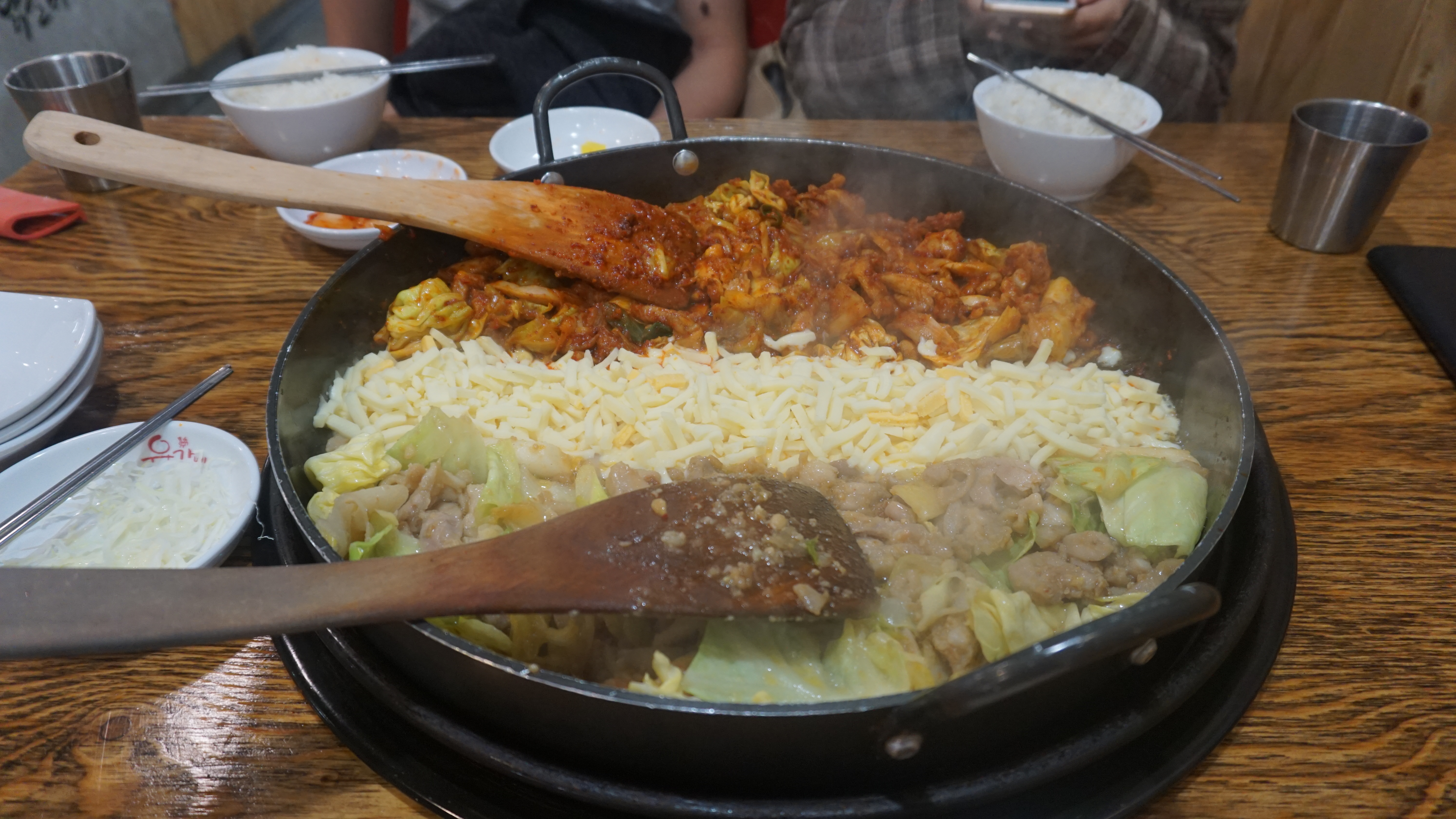 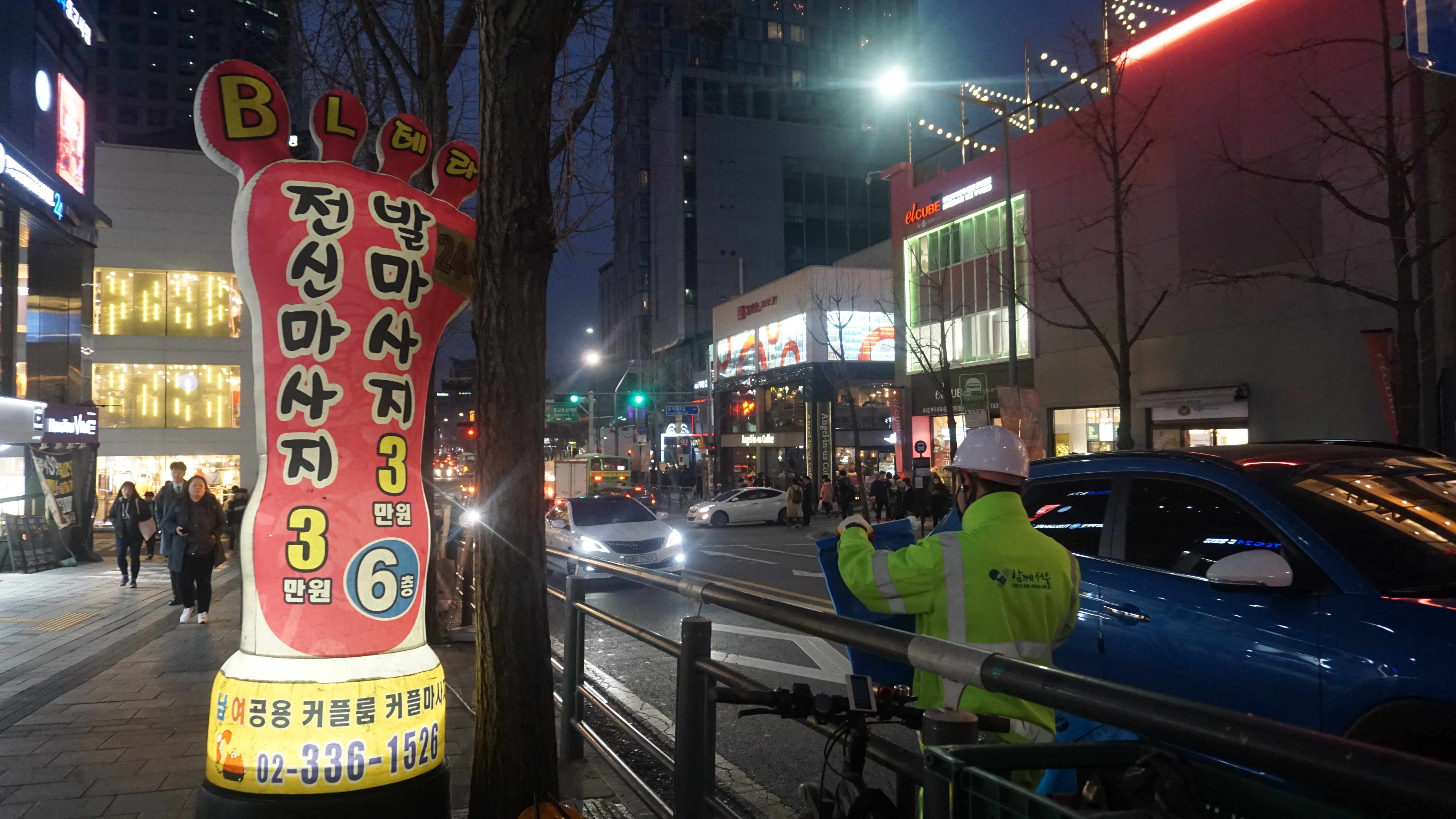 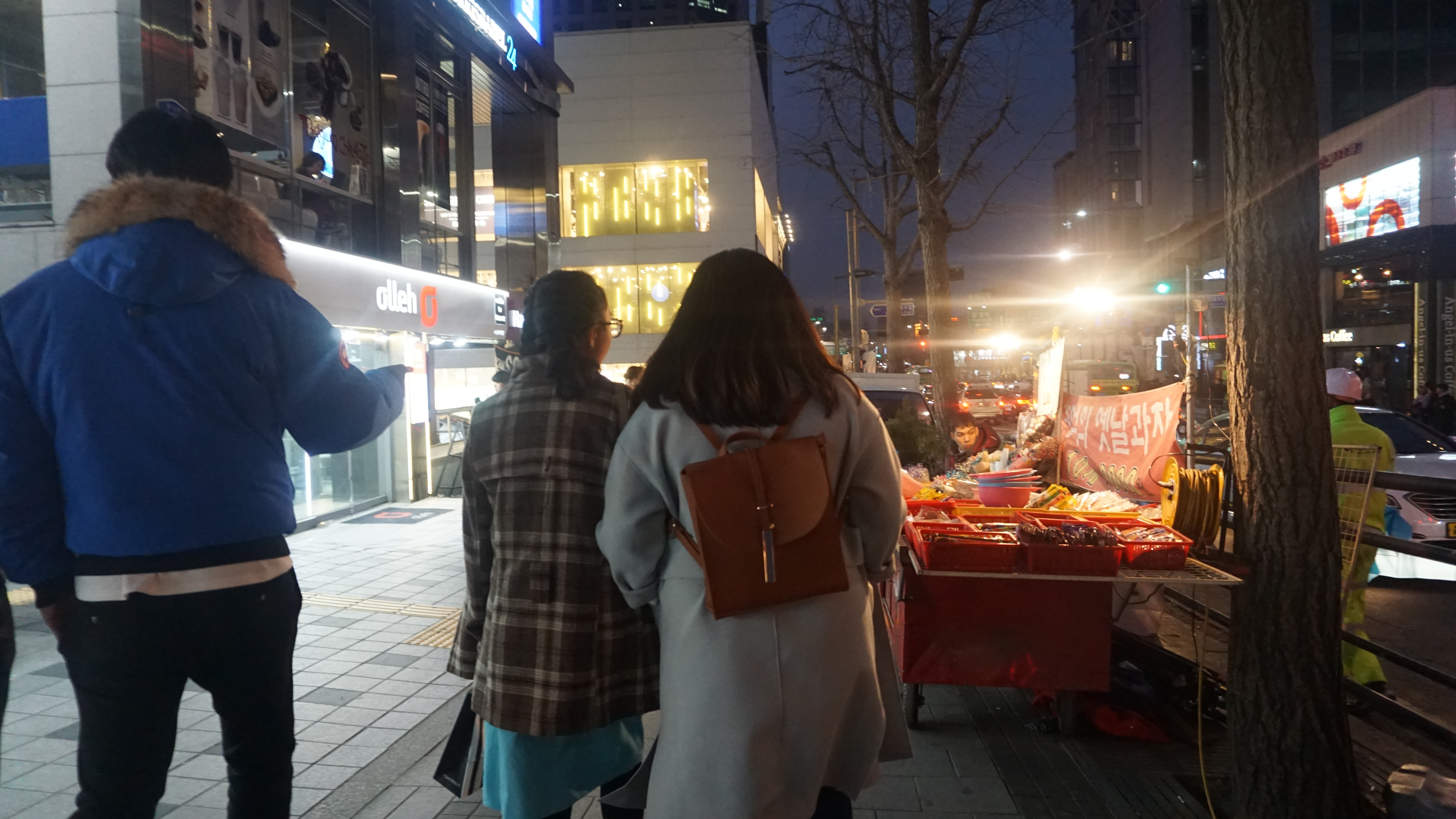 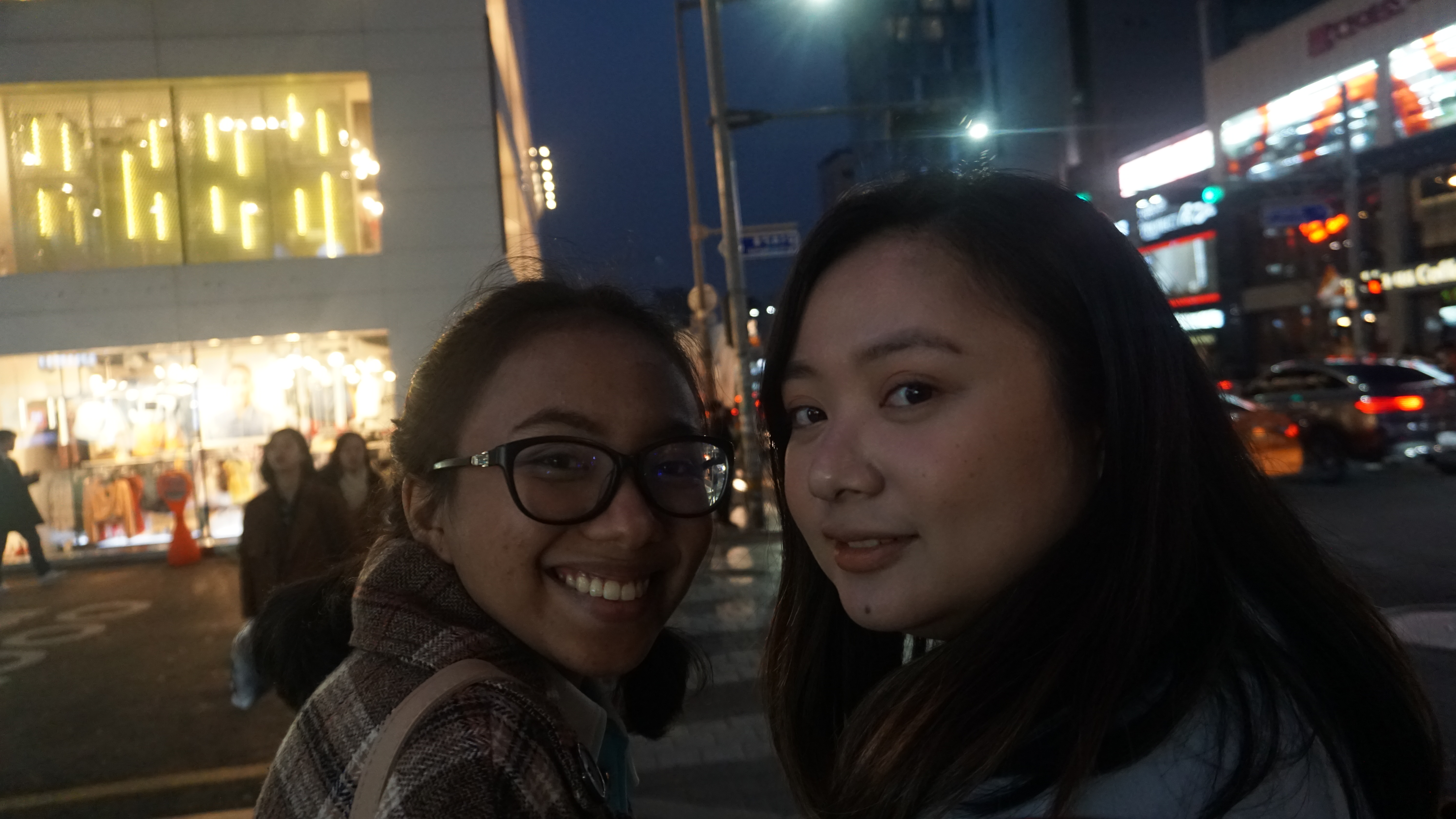 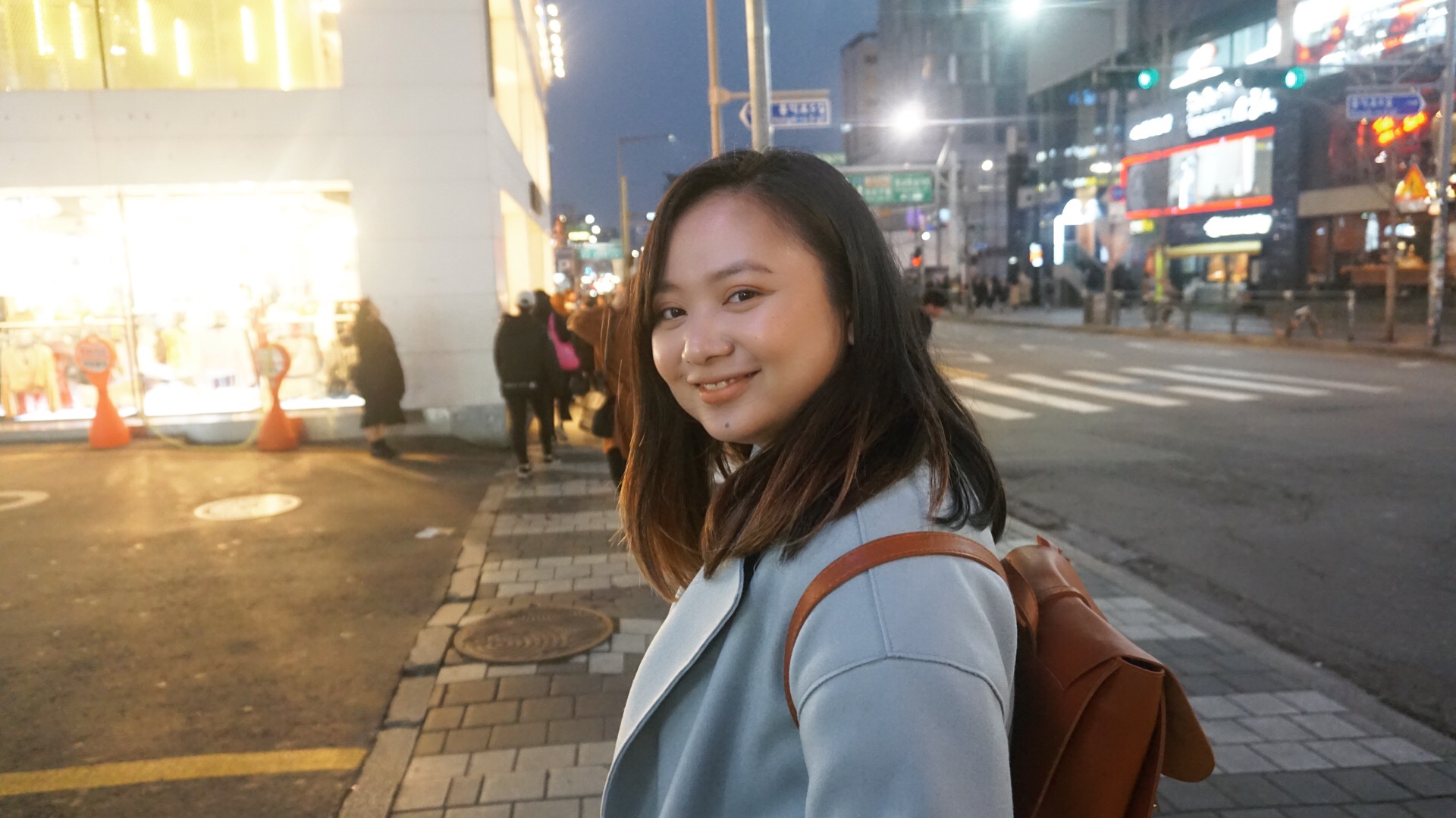 After a little bit of shopping (the sister went and bought herself some makeup and I bought this baby blue coat), I introduced both my siblings to probably my favorite Korean store – Olive Young. Seoul has hundreds (if not thousands) of great stores, but for some reason, I’ve always been unusually drawn to Olive Young. Must be all the floral tubes of toothpaste they have in stock. 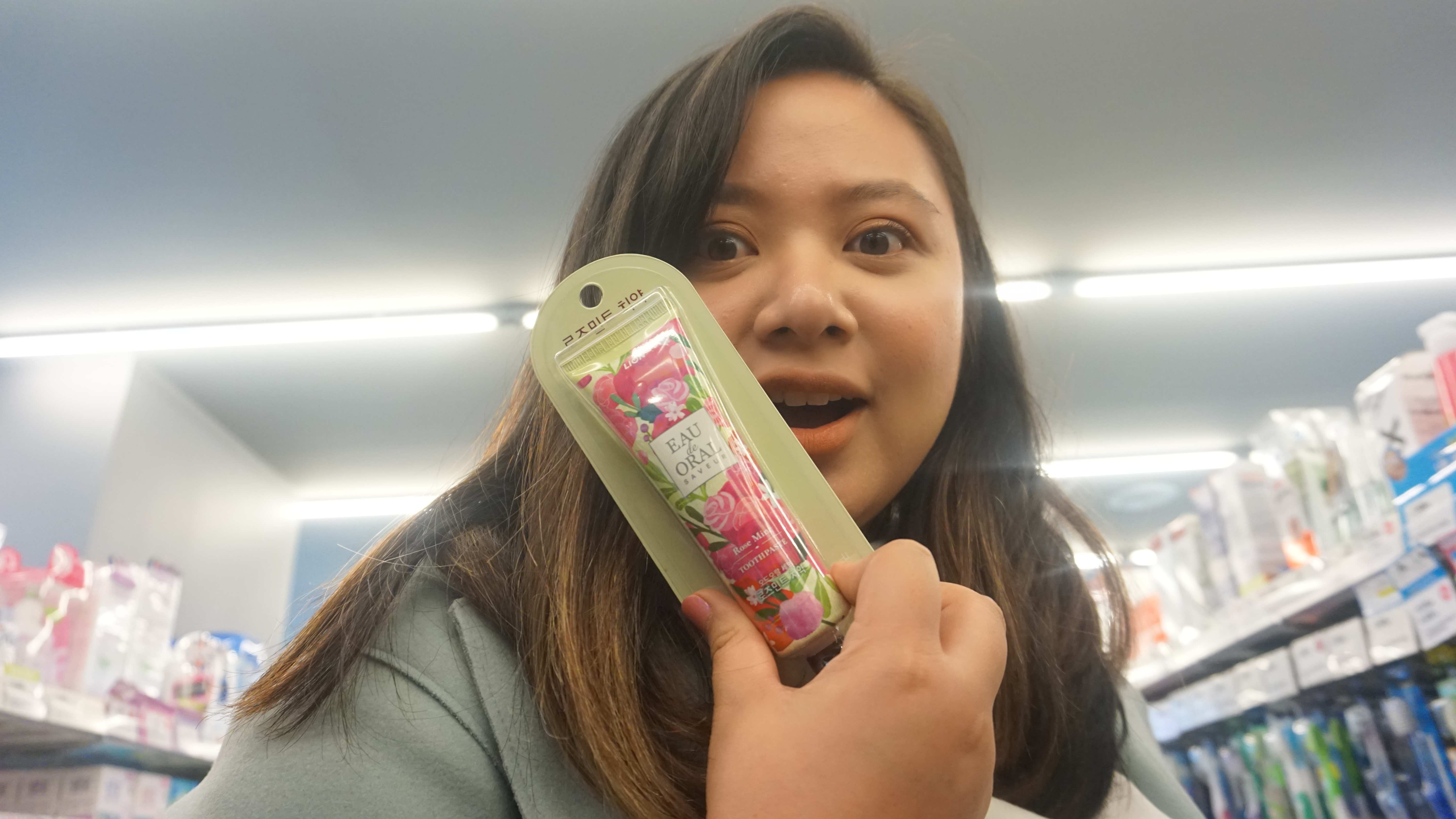 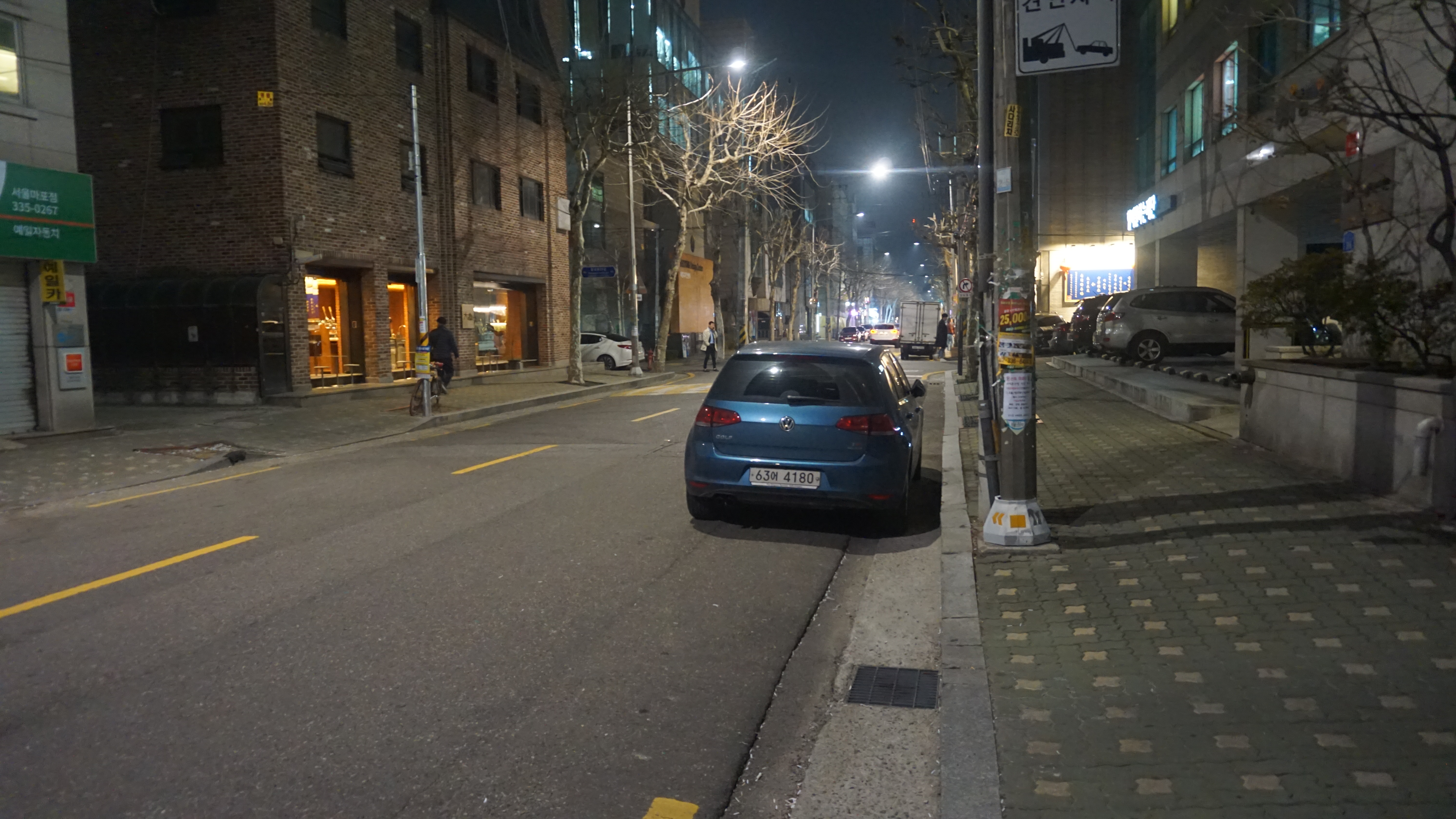 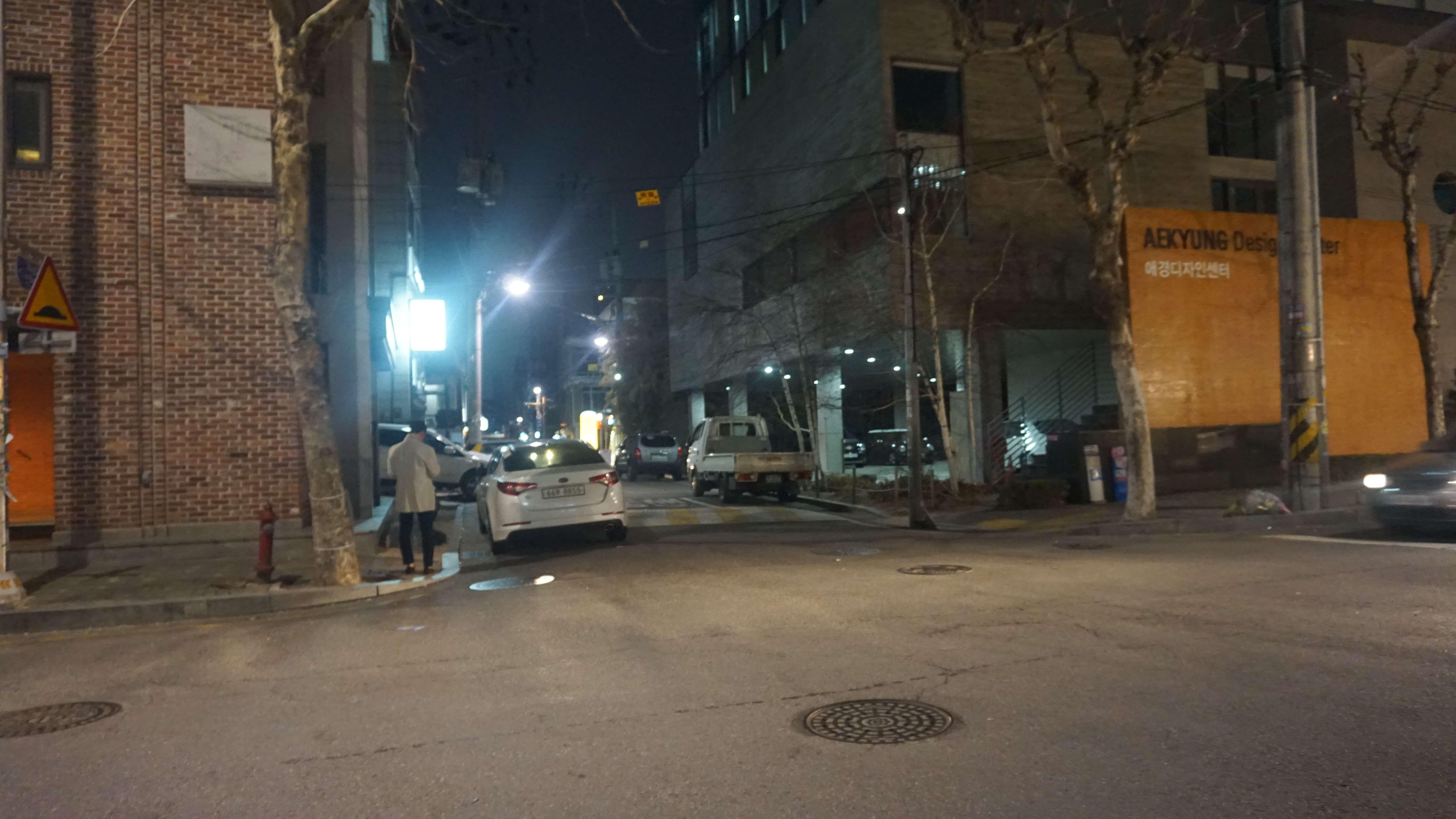 We got back to the apartment early to compensate the sleep we lost from our early morning flight. While my sister drowned herself with Seoul’s popular banana milk and strawberry milk, my brother and I opted for the peach beer I liked (and fill the fridge with whenever I get the chance to hoard them) – while eating some more snacks and watching some Netflix. Overall, an enjoyable first day in Seoul for the three of us. 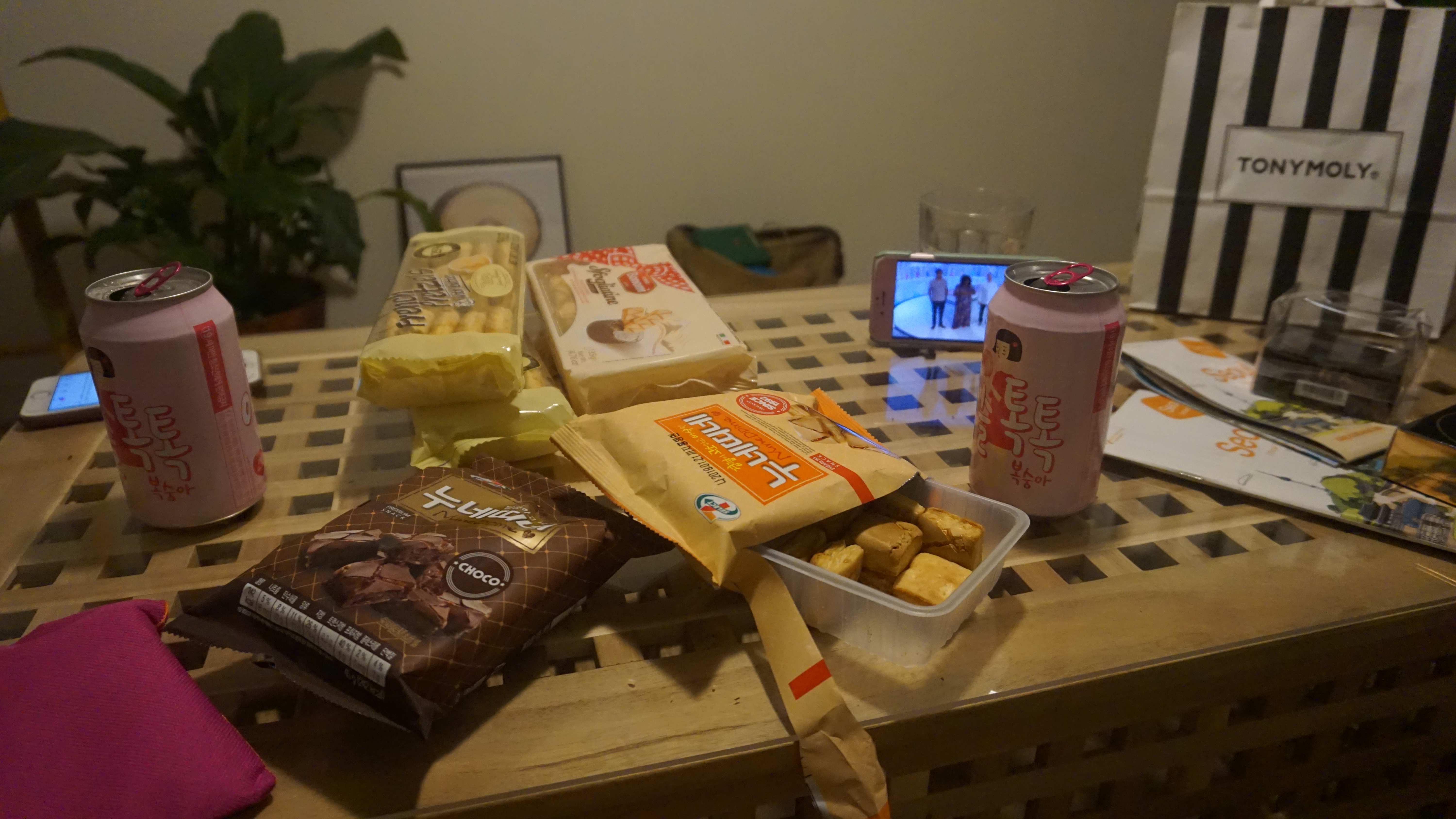 Note: My photos from this trip will, unfortunately, all be raw and unedited. I usually just edit the brightness of blog photos because I don’t know how to use my camera properly (lol), but I just don’t have the time to do so right now. What do you think of it? 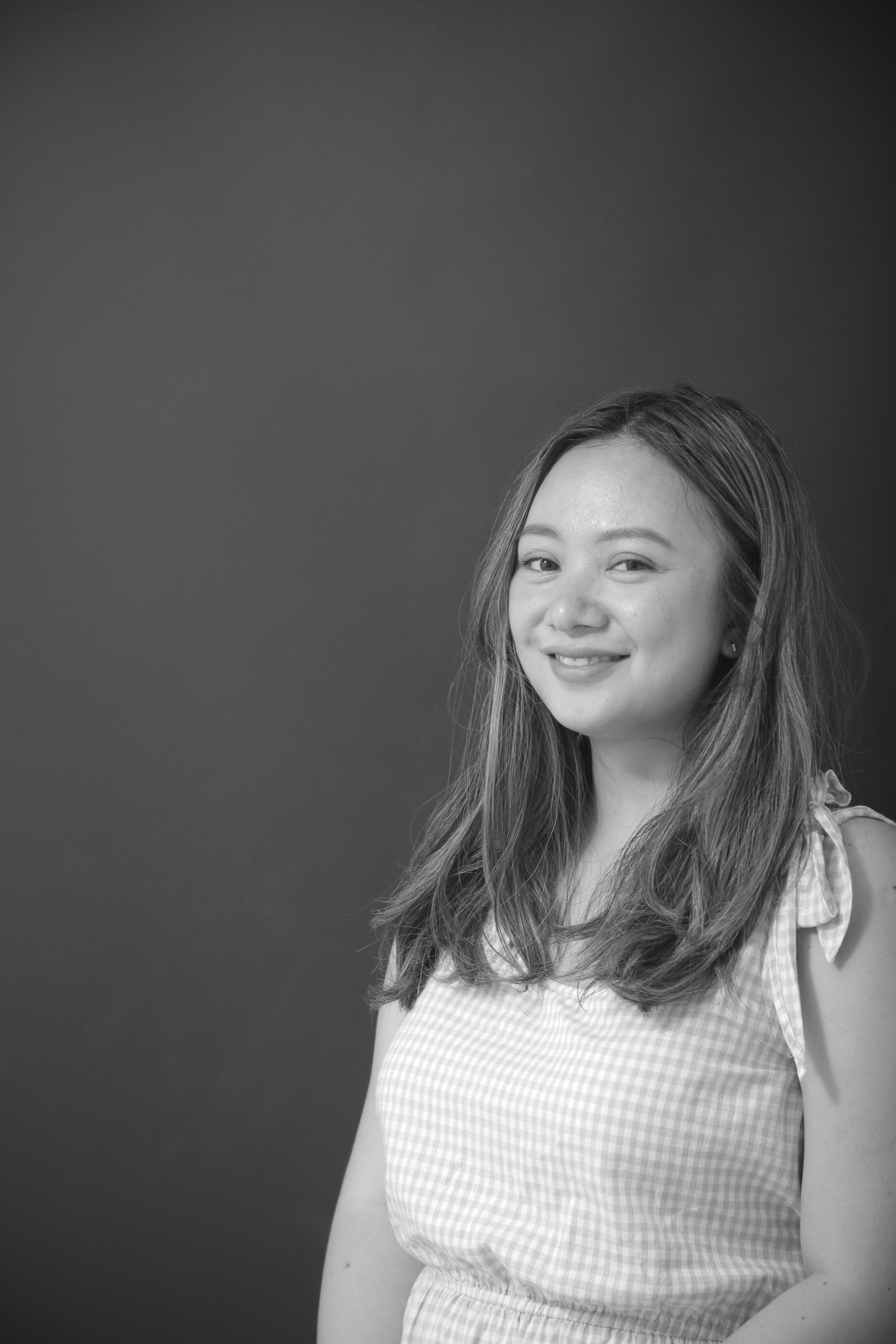